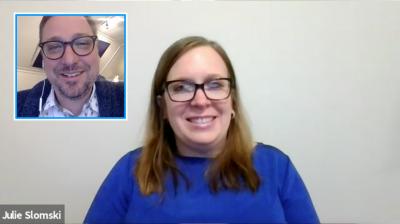 Julie Slomski is seeking the Democratic nomination to challenge the incumbent, Dan Laughlin, for the 49th district state senate seat, which encompasses almost all of Erie County. Prior to her candidacy, Slomski spent nearly five years as the northwest regional director for the administration of Pennsylvania Governor Tom Wolf. She talked about that experience and others, as well as her agenda for the 49th district, during our conversation.

Learn more about the Slomski campaign at JulieSlomski.com.