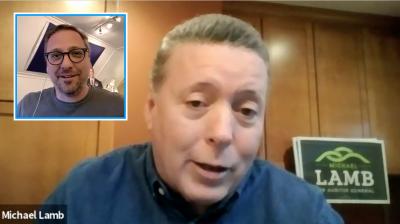 This is Michael Lamb. For the past 12 years, he has served as the City Controller for the City of Pittsburgh and he is one of six Democrats seeking the Party's nomination to hold the Office of the Auditor General. The incumbent Auditor General, Eugene DePasquale, is running for Congress this year in Pennsylvania's 10th congressional district.

Lamb is a popular political name in the Pittsburgh region and he hopes that it carries statewide in 2020. To date, he's stacked up a number of influential endorsements in all four corners of the Commonwealth. Here's his story:

For more information on the Lamb campaign, find Michael Lamb online at LambForPA.com.