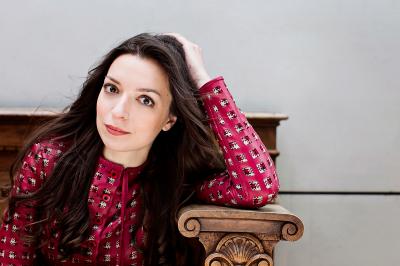 Russian pianist Yulianna Avdeeva will join the Erie Philharmonic for Beethovenu2019s Piano Concerto No. 3, which will comprise the opening half of their January 26 program.

Few composers have been able to illustrate the "sound of America." In the 20th century, virtually none were better than Aaron Copland. The Erie Philharmonic orchestra will be playing the composer's Third Symphony. At over 40 minutes, the symphony is emotive and often triumphant, underscored by its most recognizable section, "Fanfare for the Common Man." A stirring motif that is used in variation over the course of the work's four movements, "Fanfare" arrives in its entirety near the end of the composition. Originally written for the Cincinnati Symphony Orchestra in 1942 — amidst U.S. involvement in World War II — Copland implemented it in his Third Symphony, which debuted n 1946. In addition to the headlining piece, the evening will begin with John Adam's "Short Ride in a Fast Machine." It's a bright, challenging piece, and as the name implies, it's quite uptempo. The majority of the evening's first act will be comprised of Beethoven's Piano Concerto No. 3, a piece in three movements over around 40 minutes. Making her Erie Philharmonic debut, Russian pianist Yulianna Avdeeva will take on the iconic composer's work and imbue it with both the technical skill and the human emotion that made him one of classical music's most legendary figures. — Nick Warren