Courtney Barnett // Tell Me How You Really Feel

Two years after her debut album, Barnett is back and carrying the tone from 2017 Kurt Vile collaborations.

by Nick Warren
View ProfileTwitterInstagramRSS Feed
June 6, 2018 at 9:00 AM 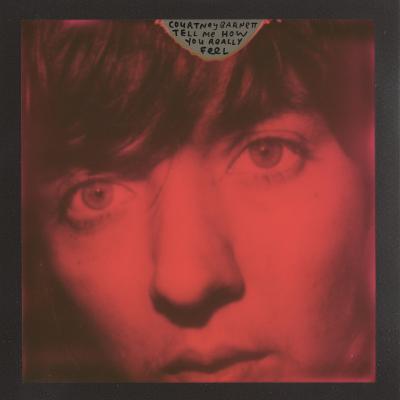 Tell Me How You Really Feel

The follow-up record to 2015's captivating Sometimes I Sit and Think and Sometimes I Just Sit (named the #1 album that year by this publication), Tell Me How You Really Feel has a great deal to live up to. Upon first listen, it's a much more forgettable record. The overall pacing is flatter, without the attention-grabbing aggression that the first half of her debut had. When you cleave away that almost punk rock energy you're left with something entirely more mundane. This isn't to say that the album isn't worth visiting or revisiting, far from it. Barnett has not made a mediocre album just yet. Starting off with perhaps too slow of a burn ("Hopefulessness"), multiple listens let the tracks sink in, and Barnett's lyrical ability is still in the upper echelon of songwriting at large. The lovable, prickly Australian seems to be diving into her own identity with increased transparency, exploring gender dynamics bluntly and poetically ("Nameless, Faceless"), with plenty to unpack. Instrumentally, the garage rock/'90s alt sound is hard at work. Fans of her 2017 collaboration with Kurt Vile will no doubt be pleased, as the overall tone has carried over quite nicely.
— Nick Warren