Crack the Mystery at All An Act's Towards Zero 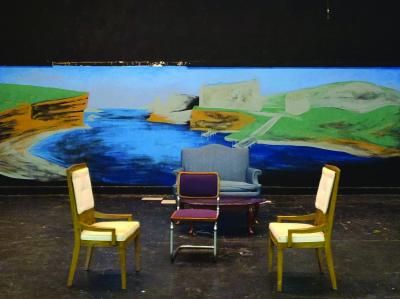 As with Clue, the childhood board game loved by many, suspense is at the forefront of All An Act's annual production of Towards Zero. Audience members "rarely figure out who the guilty party was. Sometimes they change their favorite suspect several times during the show," said Larry Lewis, managing director and co-founder of All An Act Theatre.

The Agatha Christie mystery is a staple of the production company's season, having run for nine consecutive years. Thanks to Christie's intricately woven plot, the show never fails to draw interested crowds. "[These productions] are always among the most attended shows we do," Lewis, who is directing the show, said.

"If the audience figures out 'whodunnit' early in the show, then we haven't done our job," he continued. The secrets are held until the end by All An Act's talented troupe who, through years of perfecting the play, have mastered the "threatening looks (and) subtle innuendos" critical for the believability of the play.

Lewis elaborated, "When a seasoned cast with a strong chemistry works their magic along with Christie's incredible gift for writing mystery, it makes for one great night of theater. Christie never just hits you over the head with clues. She whispers them in you ear when you least expect them."

One dollar from each ticket sold will benefit the Community Shelter Services.— Hannah McDonald