by Nick Warren
View ProfileTwitterInstagramRSS Feed
March 11, 2020 at 9:30 AM 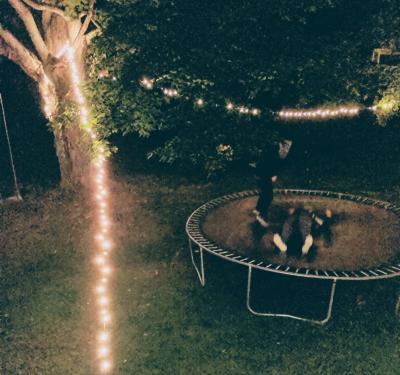 We're Gonna Live Forever is an album that needs to be listened to in its entirety prior to any real judgment. Hearing just the opening track simply won't do it justice. This isn't to disparage "I Have to Believe There is a Reason," as it stands as more of an introduction and an overture, hinting at the poppier hooks of "Count on You," its warbling decays settling in with chillwave expertise. Filled with subtle murmurations, Crooner's debut album is one of the best records to come out of Erie County in some time. The band's lineup will perhaps be familiar to regular readers of these reviews, namely singer-songwriter Teddy Rankin and music critic Aaron Mook, joined by Brian Kinney and Aaron's brother Travis Mook. Using understated programmed drums, the quartet frequently switches vocal duties, with Rankin's tenor standing out most significantly, and Kinney and both Mooks' vocals intermingling exquisitely. After the seven-minute emotional catharsis of the penultimate track "Redbreast," the titular track brings everything together for a beautiful singalong that helps the record transcend standard indie fare.

Our debut album, "We're Gonna Live Forever," is available to stream and download now on Bandcamp and SoundCloud. It should hit streaming services soon. You can read some words about the album here: https://t.co/NBXrmfRfkn