Cruz Rallies Troops, Not For Trump

Ted Cruz delivers speech at RNC, minus the endorsement. 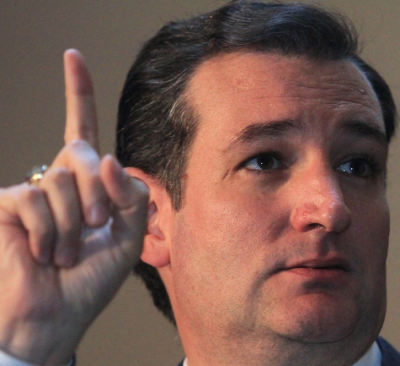 The press doesn't need to wait for vice presidential candidate Mike Pence to hit the stage to file the story of the night.

In the most anticipated address of the night Sen. Ted Cruz, Donald Trump's chief rival in the 2016 Republican primary race, took the stage with a speech that was "carefully vetted" by the Trump campaign, according to published media reports. Cruz framed his message around the question  "What if this is our last moment?"

He talked terrorism, attacks on police, and the loss of American jobs. He didn't mention Donald Trump.

The speech was set by a dichotomy of evil and freedom. Evil causes all. Freedom cures all. It was a simple idea and the crowd demanded more.

It was better than any campaign speech Cruz made throughout the primary. It was almost his last.

As Cruz brought his speech to its apex, he could have walked off stage and no one would have realized he didn't make the endorsement. "Vote for candidates up and down the ticket who you trust to defend our freedom and to be faithful to the Constitution," should have been his drop the mic moment. But he waited and the silence from the podium inflated the expectations of the delegates on the floor.

The New York delegation began to chant for an endorsement. Others joined.

Instead of leaving on a raucous high note, Cruz rambled through the last paragraphs of his speech like a musician playing something new for a loyal crowd while they waited with lighters in hand for the ballad they danced to at their senior prom.

If Trump loses, Cruz has just announced his candidacy for 2020. If Trump wins, Cruz might never run again.