David Correy will bring his alternative-soul singing talent to Basement Transmissions on Jan. 16. 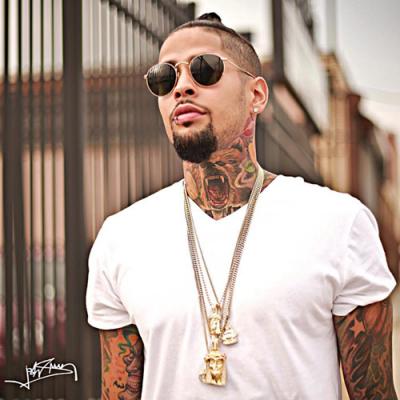 David Correy, an alternative-soul singer who competed on the second season of The X Factor in 2012, will bring his talent to Basement Transmissions on Jan. 16, with special guest Apache Chief of upstate New York.

Correy didn't win on The X Factor. Though he became a finalist, he was eliminated early. But he did win the hearts of millions – more than 1.2 million like his Facebook page and 400,000 follow him on Twitter.

Correy certainly didn't let his experience discourage him, as he has continued to passionately and persistently pursue his path in the music business. His newest album, Lost Art, is coming out soon.

Born in poverty-stricken Recife, Brazil to a young mother, Correy was adopted into a U.S. family and grew up in Riva, Maryland.

On The X Factor, Correy told judges that he wanted to meet his birth mother by performing on the show. "I feel like this opportunity will reconnect me with my birth mother if she hears my voice," he said.

He credits his adoptive parents for his love of music, as they always supported him while he chased his dream. His father passed away recently on Christmas Eve and his mother died in March 2014.

Correy refuses to let go of his dream, and finds a way to keep singing. He uses music as a way to inspire others, and has deemed his truest fans "dreamers." – Tracy Geibel