Daya to Perform at Edinboro University

by Tracy Geibel
View ProfileFacebookTwitterRSS Feed
April 12, 2017 at 9:45 AM 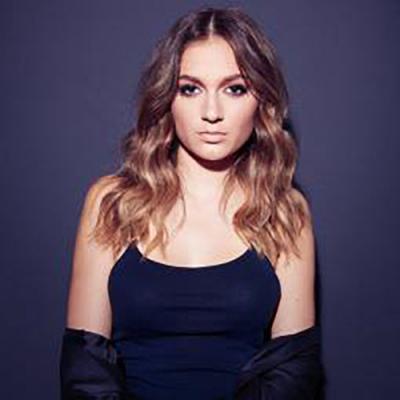 A Grammy-winning artist is coming to Edinboro University's McComb Fieldhouse.

Singer and songwriter Daya will perform at the university's annual spring concert and as part of her first headlining tour.

"I'm so excited to have Daya coming," said student Rebecca Bortnick. "Her song 'Sit Still, Look Pretty' is one of my favorites."

Grace Martine Tandon, better known as Daya, is a Pittsburgh native, raised more specifically in Mount Lebanon. The singer and songwriter, whose stage name is the Hindi word for grace, found a passion for music at a young age. At only three years old, she took piano lessons. Later, at age 10, she began voice lessons, giving her a jump start toward her career in the music industry.

She signed with Z-Entertainment in 2014, and the young artist hadn't even graduated high school yet when her songs were making the charts. "Hide Away" and "Sit Still, Look Pretty" have both reached the Top 50 on the Billboard Hot 100. The latter spent 24 weeks on the chart.

Daya was also featured on the The Chainsmokers' single "Don't Let Me Down," which won her a first Grammy Award (Best Dance Recording) in 2016. The song was nominated for Best Collaboration at the 2016 American Music Awards and Best Electronic Video at the 2016 MTV Video Music Awards. It reached number three on the Billboard Top 100 and has garnered nearly 684 million views on YouTube and more than 691 million streams on Spotify.

Additionally, Daya was chosen as one of Rolling Stone's "10 New Artists You Need to Know" and InStyle's "Six Indie Artists You Should Be Listening to in 2016." – Tracy Geibel