The conversation will be open to everyone when the film premieres locally on Tuesday, March 29 at Edinboro University. 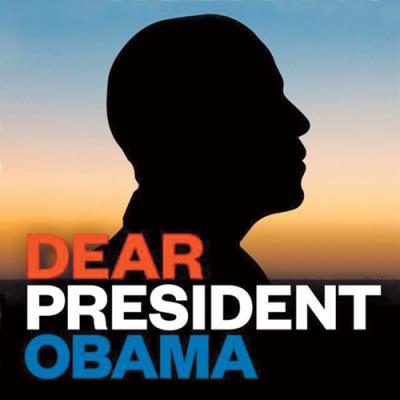 Filmmaker/writer/adventurer Jon Bowermaster's Dear President Obama, The Clean Energy Revolution is Now is meant to clearly sound – and, with ground-solid facts at its core, clearly support – the loudening call to our nation's leaders for fossil fuels to be left where many feel they belong: inside the earth.

The just-wrapped-up documentary – which premieres March 18 at the 24th Annual Environmental Film Festival in Washington, D.C. – takes a cross-country, 20-state-wide look at fossil fuel drilling (an industry prevalent and powerful in Pennsylvania), highlighting some of its disastrous environmental impacts, stories of those affected, and the fallouts from what have become undelivered promises of economic booms.

Narrated by Mark Ruffalo, and featuring more than 120 interviews with people on the ground as well as bona fide scientists, economists, health professionals, geologists, and concerned whistle-blowers, Dear President Obama also offers up discussions and possibilities for clean-energy solutions that could allow the U.S. to see its way to a future where our energy needs don't rely on dirty old fossil fuel extraction processes, according to the filmmakers.

Like we stated in a recent issue of the Reader, a Clark University study covered in last May's Scientific American found that hydraulic fracturing (fracking) wells in Pennsylvania's Marcellus Shale region are "disproportionately located in poor rural communities, which bear the brunt of associated pollution ... [justifying] concerns that poor people are more likely to deal with hydraulic fracturing in their community," and that "vulnerable populations will suffer the potential health impacts of air and water pollution associated with pulling gas from the ground."

That said, a lot of people feel – and we agree – that discussions about clean energy solutions need to be had more often here in northwestern Pennsylvania, and the conversation will be open to everyone when the film premieres locally on Tuesday, March 29 at Edinboro University.

The event – free and open to the public – is sponsored by EUP's Provost's Initiative Fund in association with the Edinboro University Academic Festival. – Ryan Smith