Like it or not, the 2016 Presidential Campaign is underway. If Republicans have any chance of winning, they have to back a loser. 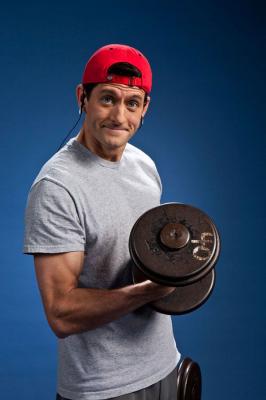 I realize that it's mid-2014 and we haven't yet reached the mid-term general election, but let's face it, Decision 2016 is well underway.

Hillary has a book. (It's not the real story.)

Paul Ryan has a plan to end poverty. (It involves starving poor people and telling them to work harder.)

And Marco Rubio and Ted Cruz are going to fix immigration. (The old white men in the party believe they can do it because both men have spanish sounding names - Rubio is Cuban and Cruz is Canadian, which, I suppose, counts for something.)

If history tells us anything about the type of candidates each party prefers, it's that Democrats LOVE a new face on the national stage (Kennedy, Carter, Clinton, and Obama) and the Republican Party knows how to pick a loser, even if he ends up in the White House.

George W. Bush was the first successful Republican presidential candidate since Dwight Eisenhower to emerge victorious without a prior pouncing.

Barry Goldwater, in 1964, lost to Lyndon Johnson (and some would argue Kennedy's ghost).

Nixon, of course, won the presidency in 1968 and Goldwater reclaimed his seat in the Senate, both men scarred by the legacy of their previously unsuccessful presidential bids.

Reagan lost the nomination to Ford in 1976. This was Ford's make up kiss for being the party pissboy during the pre-Watergate Agnew debacle and the unraveling of Nixon that followed.

But Reagan wins the ticket and the general election in 1980 bringing on board his Republican primary opponent, George H.W. Bush.

Bush 41, of course, rides out the Reagan years walking tall and keeping his eye on Willie Horton only to be usurped by Ross Perot, which gave the 1992 election to Bill Clinton with the smallest plurality in electoral history.

Ross Perot wanted peace and prosperity. He just didn't expect Bill Clinton to be the guy who created it.

Now, after 15 years of war and debt, the country is ready for peace and prosperity.

If the Republican Party has any chance of winning back the White House in 2016, it will first need to pick a big loser.

If history teaches us anything about the reading tea leaves, put your short money on Paul Ryan and pump up your P90X.