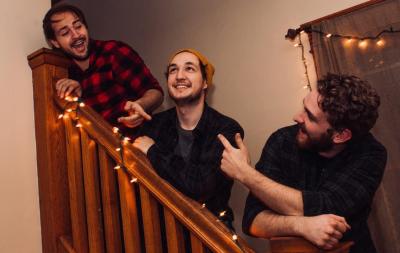 What's Christmas without a proper party? Courtesy of Aorta Music and Management Erie, hometown indie heroes The Standby are hosting a holiday bash to , A Very (The) Standby Christmas.

Presenting their unique brand of psychedelic grunge, The Standby released a brand new single in 2017 titled "Galavant," fresh off the heels of an EP that same year titled Passiflora. Joining The Standby are friends that are no strangers to our area, including Buffalo's The Tins and  as well as Pittsburgh's The Vics and Frame & Mantle. Playing for the first time in almost two years, Frame & Mantle guitarist Brian Thompson explains what fans can look forward to from the band's homecoming performance.

"We'll be debuting our new lineup, with our vocalist Connor and guitarist Liam joining us on stage for the first time," says Thompson. "Our set will mostly be made up of new songs from our upcoming LP, but we'll be playing some old favorites, too. Expect more trumpet."

Frame & Mantle's forthcoming debut was written and is currently being recorded with this new lineup, which Thompson describes as bigger and more vocally driven. He ends on a note about being home for the holidays, metaphorically speaking — a note that is likely shared by most of the bands performing, regardless of their hometown.

"There's a genuine love for indie rock in Erie, and it's exciting to see [event organizer] Elvis [Andromeda Maryshine] making Erie a place for this sort of music to thrive. We're beyond thrilled to be playing in Erie for our first show back, and we wouldn't have wanted it any other way." — Aaron Mook