Defeater will be stopping by Basement Transmissions to round out their month-long U.S. tour. 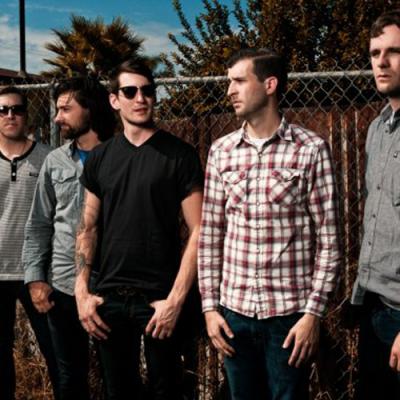 Bearded Baby Productions, the same promoters who brought Comeback Kid and Expire back to Erie in January, are bringing another set of amazing bands to Basement Transmissions.

On Monday, April 27, Defeater and Counterparts, two of the biggest names in the melodic hardcore scene right now, will be making a stop in Erie as one of the last dates in a month-long U.S. tour.

Defeater was mostly inactive in 2014 due to vocalist Derek Archambault's hip replacement surgery, but the band has come into 2015 strong and ready to get back on the touring grind, with dates already booked for Europe and Australia.

I first heard of Defeater at the 2009 Van's Warped Tour after checking out the Bridge 9 Records tent while wearing a Comeback Kid T-shirt. The vendor noticed my shirt and told me "If you like Comeback Kid, you should check these guys out" and threw in a copy of Defeater's debut album Travels in the bag with the straight edge T-shirt and Bridge 9 compilation CD I had just bought. I could tell after listening to the CD that, at least musically, Defeater was not a typical hardcore band. There were no breakdowns and no "mosh parts," yet the music was still heavy and fast, dissonant yet melodic. One track even abruptly turns into a folksy acoustic song out of nowhere.

It wasn't until later releases that it was revealed that the album's lyrics have an overarching concept, telling a fictional, depressing story of the struggles of a post-World War II family in New Jersey crippled by addiction, gambling debt, and death, with each album telling the story from a different family member's perspective. Defeater's latest album Letters Home tells the story from the father's perspective, and debuted at No. 72 on the Billboard 200 and No. 1 on the vinyl chart upon its release in July 2013. A new album is expected in 2015 under Epitaph Records.

Counterparts' music is a bit more typical as far as melodic hardcore is concerned, as heavy, chugging rhythm guitars and ambient leads are nothing new to the scene, but the band's emotional and relatable lyrics have kept the fans coming to, and going crazy at their shows. Other supporting bands on the tour are Capsize, Better Off, and Hotel Brooks. This will be their second time playing in Erie, the first being at PACA in 2013.

Mallory Run and Sea of Teeth are the local openers for this show, both of which have recently adapted new styles, Mallory Run abandoning their pop-punk sound in their new songs for a more mature, Balance & Composure-esque sound, while Sea of Teeth replaced their original vocalist.

There is a lot to look forward to at this show, and it's exciting to see bands like Defeater and Counterparts coming to Erie on a more regular basis. – Tommy Shannon