Sometimes facing a demonic invasion can help a man connect with a whole community. 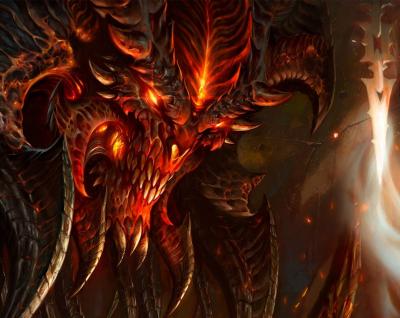 You don't have to believe that video games are an art form to realize that the medium plays a large role in the lives of may of Americans. That role can be anything from a gateway to violence and sin to a learning tool for the development of life and work skills, depending on your personal take on video games. Either way, gaming is a big part of our culture.

Sometimes stories about video games can be surprising and wonderfully odd, like how Chubby Checker singinf a song for Dig Dug or the existence of a 14-inch-tall Cleveland Browns linebacker. Other times, you'll hear depressing news about the ongoing misogyny and hatred of some anonymous hardcore gamers as the medium continues to grow in overall audience. And then you'll hear about someone like Ken Worrall, a quadriplegic man who loves to play Diablo, StarCraft, and World of Warcraft who was really highlighted on The AV Club.

Ken was injured in a construction accident two decades ago which left him disabled, and, understandably, a bit depressed. Eventually a nurse introduced him to the Diablo game series and the Jouse controller, a device that people can insert into their mouth and use to move their characters and sip or blow for to right or left click depending on need, allowing Ken to insert himself into a virtual world and enjoy a form of entertainment he thought he had lost after his injury.

Ken also doesn't play alone, as he's active on Twitch.tv, a site where people can stream what they are playing for others to watch and was recently bought by Amazon for $1.1 billion. Ken's Twitch profile, NoHandsKen, has over 32,000 followers that watch the once-gameless man battle his way into video game glory, inspiring those with and without disabilities along the way. To get the full story, I'd strongly suggest watching the video below to hear from Ken himself about how video games can be pretty awesome. It's pretty heartwarming, especially when he gets to the part about how he helped another quadriplegic out along the way.