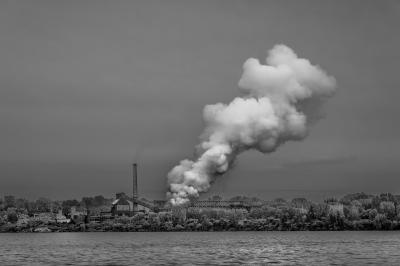 On July 1, just before this issue went to print, PA DEP announced that it was denying Erie Coke's operating permit and filing a court injunction to close the plant following numerous violations — what the department called a "rare decision."

In a press release, DEP Secretary Patrick McDonnell said, "For more than a decade, DEP has received persistent complaints from the community and has continuously cited Erie Coke for various environmental violations. DEP has given Erie Coke many opportunities to address violations and comply with state and federal laws. Our staff have participated in stakeholder meetings and have worked with the community, elected officials and the company to address issues and concerns."

McDonnell added that "the frequency and severity of Erie Coke's violations have only increased during [DEP's] review of its permit renewal and the operator has offered no tangible causes for its non-compliance nor viable plans to assure future compliance."

He stressed that "DEP does not take this action lightly. DEP understands and appreciates the importance of industrial facilities to local communities. DEP proactively works with operators to achieve and maintain compliance and industrial sites across Pennsylvania demonstrate that economic success and environmental compliance are not mutually exclusive ideas."

In a statement, Hold Erie Coke Accountable (HECA) noted that "this situation mirrors the one in 2010, when Erie Coke's failure to comply likewise forced the DEP to deny the company's operating permit and issue a shutdown order. That process resulted in a $6 million fine, paid into the PA General Fund by Erie Coke, which brought nine more years of disregard for Erie. Unfortunately, those monies did not fund needed health impact assessments as was the case with even larger fines paid by the same owner's now-shuttered sister plant in Tonawanda, N.Y."

HECA's statement emphasized that "this is a different moment" from 2010, and applauded "Mayor Schember, County Executive Dahlkemper, our City and County Councils, and members of our local news media who have helped the Erie community recognize that any corporation flagrantly and knowingly putting our city's people and future at risk will not be tolerated.

"HECA simply wants our PA DEP and federal EPA to do everything in their power to ensure that Erie Coke complies with the law so we the people of Erie are protected," the statement continues. "Furthermore, the economic burden of remediating the site should rest squarely on Erie Coke regardless of whether they stay in operation or are closed down."

While DEP's action is unquestionably a major step forward, those who are fighting to ensure that Erie Coke's pollution violations are halted recognize that this is only the beginning. The company's track record of filing appeals to delay legal action suggests that Erie can expect a similar response to DEP's announcement.

Public awareness and participation have therefore never been more critical. In order to enforce the tenets of environmental justice in our community, our DEP needs Erie's continued support for the legal battles likely to come.