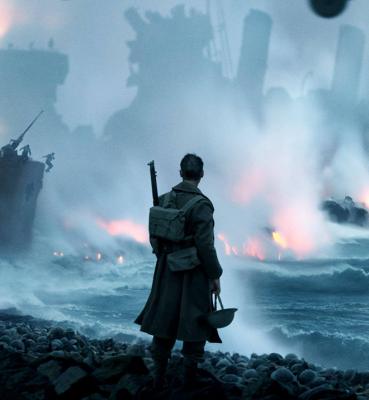 Everybody loves dinner and a movie. For friends, it's a classic way to spend a night out after a long workday, and for couples, it is the quintessential date night. If you're the kind of person who appreciates dinner and a movie as well as local arts, the Film Society of Northwestern Pennsylvania's ongoing Film Grain series is for you.

On January 17th, the organization will be presenting Christopher Nolan's 2017 juggernaut Dunkirk alongside a buffet-style dinner courtesy of Ashley Sayre de Rivas. A World War II period piece, Dunkirk tells the story of Allied soldiers as they attempt to escape German capture by land, sea and air. Noted for its cinematography, score and minimalist dialogue, Dunkirk was shot on 65 mm film and made use of extensive practical effects to properly replicate the war during which it is set.

"Dunkirk is one of those films that represents the culmination of a filmmaker's work," says John C. Lyons, manager of the Film Society of Northwestern Pennsylvania. "It's Christopher Nolan at his most precise — a film that must be seen on a big screen."

All tickets for this event are $12 and include dinner, with vegetarian options also being provided. The Film Grain series is being held at Bourbon Barrel and a select number of tickets will be available at the door, provided they don't sell out online. Accompanying the feature presentation is Adam Roffman's "The Collection," a 10-minute documentary about two friends who discover "an astonishing and unique collection of movie memorabilia." — Aaron Mook