Fussy listeners may not like Caracal's compromises. But altogether, it's still pretty scrumptious. 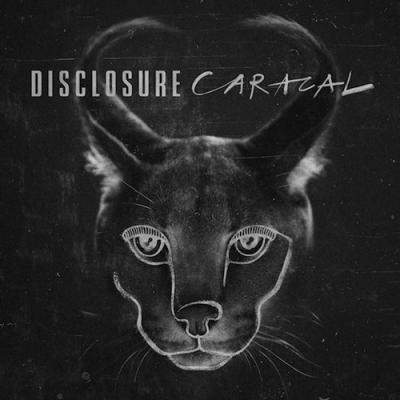 Buoyed by the strength of their breakthrough single "Latch," Disclosure's 2013 debut, Settle, went platinum in the EDM duo's native England while earning a Grammy nomination for "Best Dance Album." Commercial radio had been dominated by EDM-derived sounds long before Settle's release, but rarely with such a mature and understated approach. Brothers Howard and Guy Lawrence successfully bridged the mainstream and the underground by inflecting Chicago deep house/UK garage with pop/R&B sensibilities, appealing to purists and casual listeners alike.

Disclosure reaches further across the aisle to the mainstream on their follow-up, recruiting big names like The Weeknd, Lorde, Miguel, and Sam Smith (again) for guest vocal duties. As a result, the bipartisanship they maintained so deftly on their debut has been somewhat compromised on Caracal, which takes on a smoother/softer edge due to the heavy infusion of R&B. The tracks featuring lesser known singers ("Holding On" with Gregory Porter, "Hourglass" with LION BABE, "Willing & Able" with Kwabs) tend to be more faithful to vintage Disclosure (insofar as what vintage Disclosure is can be determined after one album), whereas the ones with the celebrity imports tend to play more like Disclosure remixes of said artists rather than Disclosure originals.

Regardless, there is no shortage of hooks here, with perhaps the most irresistible coming courtesy of "Jaded" with its singalong chorus, and "Superego," which is like being slapped upside the cochleae in the sexiest argument ever. Backed by a choir of synth stabs and squawks, sprightly alt-R&B singer Nao tells an uncompromising lover how it is – whether he likes it or not. If you are as fussy a listener as that guy is, then you may not like the compromises made within Caracal. However, if your tastes are a little less constrained, you won't mind a little bit of mainstream R&B dribbling into the other compartments of your musical preference cafeteria tray. Because altogether, this offering is still pretty scrumptious.