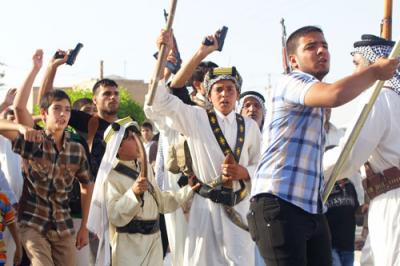 With the rise of ISIS, the nation of Iraq continues to experience an unnerving unrest.

There's an unraveling in Iraq.

That's how many media reports begin these days. But it doesn't begin to describe the level of divisiveness, corruption, and bloodshed facing the nation that once held the cherished heart of the Muslim world.

"This is not my country," says Maitham Basha. "It's not the country I left."

He left Iraq twice before coming to the United States in 2000.

Maitham was twelve when he arrived in the United States with his mother and brother for the first time. He hadn't seen his father since 1991.

Maitham's father had been conscripted into the Iraqi Army for the invasion of Kuwait in 1990.

Struggling with the debts of the Iran-Iraq War, Saddam Hussein believed that conquering Iraq's oil-rich neighbor would free Iraq of its financial strain. He assembled the world's fourth largest army – and one of the most unprepared – to carry out his plan.

Because the army was largely composed of Shi'a and Kurdish conscripts, Hussein was mistrustful of them. Many Iraqi soldiers surrendered to American forces during the first Gulf War. Many others deserted.

In March 1991, sensing the weakness of the dictator in the wake of the Gulf War, Shi'a Muslims in southern Iraq and Kurdish rebels in northern Iraq led an uprising against the Hussein regime. At one point, the rebels held fourteen of Iraq's eighteen provinces.

"[It] is for the Iraqi military and the Iraqi people to take matters into their own hands, to force Saddam Hussein, the dictator, to step aside," Bush said.

But the President's call was largely superficial. 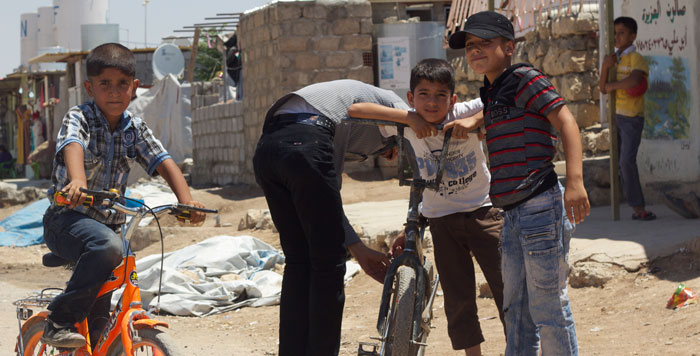 Hussein cracked down on the Kurds and Shi'ites in the same way he had hoped to conquer Kuwait. Tens of thousands of Iraqis were murdered and tens of thousands more fled the country as refugees of a humanitarian crisis.

Maitham's father had been unable to return to Iraq after the Gulf War for fear of what the Hussein regime would do to a Shi'a soldier and his family. He fled to a refugee camp in Saudi Arabia, where he lived until 1995.

Maitham, with his mother and older brother, remained in Najaf, their hometown. For more than two years, they didn't know if the patriarch of their family was dead or alive.

Maitham's father came to the United States in 1995 and filed the paperwork to bring his family here.

The family fled from Iraq to Jordan where they stayed with an uncle and began the formal process that would reunite them with their expatriate husband and father.

But something was wrong with the paperwork and their visas were denied. They had to return to Iraq.

When they returned to Najaf, seven-year-old Maitham became the head of the household. His nine-year-old older brother had been blinded in a grenade attack that killed his cousin during the brutal retaliation on Shi'ites following the Gulf War.

Maitham sold garbage bags in the market and moved concrete blocks for construction workers, trying to make extra money for his family. There was no more school, no more soccer, only work.

In 1999 the family tried again. They fled Iraq for Jordan. They filed for American visas. And weeks later, in early 2000, they arrived in the United States where twelve-year-old Maitham was reunited with his father. 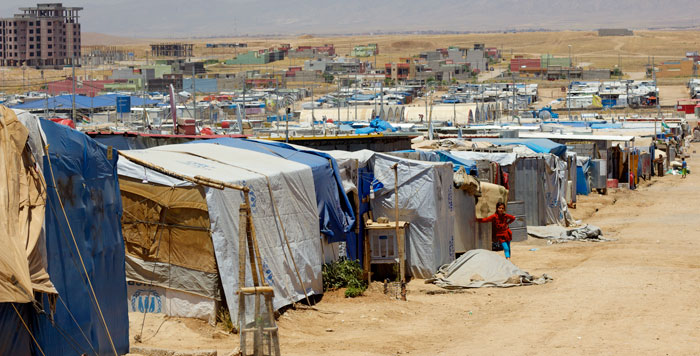 Now a young man in his mid twenties, Maitham returned to Iraq this summer for the first time since leaving at age 12.

"I was overcome by the lack of progress, not just the devastation of war, but the fact that nothing had changed. People still live backwards. When I got out of the car in my old neighborhood, I recognized my old school, my grandparents' house, the field where we played soccer, it was all the same," he says. "Only the field was filled with trash."

Litter in the streets and the devastations of war have reshaped the aesthetic landscape of Baghdad, Najaf, and other prominent Iraqi cities.

"To see Baghdad and to see people living in sectors – that hurt. Baghdad was so diverse, so open. Christians no longer exist. Jews, if they exist, are in hiding. And now there's the Shi'a - Sunni situation. I was very hurt to see my home country going downward in turmoil," says Maitham. "I was not expecting a lot of improvements. However, I was expecting some kind of improvement. Maybe more diversity. Maybe more acceptance. Things like that."

Socially and politically, much has changed in Iraq since 2000.

Most of the politicians in Iraq are out of touch with who the people are and what the people need.

The country is largely run by expatriates who lived either in Europe or the United States for the better part of the past twenty years.

"The mayor of Najaf used to live in Detroit with my uncle," says Maitham when we met in Erie shortly after he returned from Iraq.

And people are voting based on religious alliance rather than practical secular need.

But even that criteria has become tenuous in recent months, as Iraq's Prime Minister Nouri al-Maliki announced his resignation Aug. 14. Sunni, Kurds, and even some Shi'ites seemed skeptical about the future of a Maliki-led Iraq. The skepticism manifests violence.

For Maitham, the sectarian violence is the most disturbing facet of the ongoing unrest in Iraq.

On his trip home, Maitham Basha was intent on photographing and capturing the stories of refugees, some Iraqi and some Syrian, who have been displaced from their homes and are forced to survive in refugee camps in Iraq.

"I was lucky," he asserts. "I never had to live in a refugee camp like my dad. But many people are not so lucky. I wanted to share their stories."

He met an old farmer who lamented that he once owned acres of land and now can't afford shoes.

He met a young man, about his age, who remembered the diversity of Baghdad and sharing tea and cake in the homes of Sunni friends.

"No one does that anymore," the man told him.

"What hurt me the most on this trip," Maitham says, "is seeing how Iraqis can't live among themselves because of religion. This is not what religion is all about. This is not what God wants people to do to each other."

A man from Mosul told Maitham a story of the Islamic State  – the Sunni-led terrorist group formerly known as the Islamic State of Iraq and Syria, or ISIS  – coming into homes in Mosul, counting the number of women in the home and spraypainting that number on the outside of the house so its soldiers would know how many women to search for and rape under the cover of night.

Another man told him of a woman who took her daughters to her balcony and shot them so they wouldn't be raped and killed by the insurgents, as had been the experience of her neighbors. 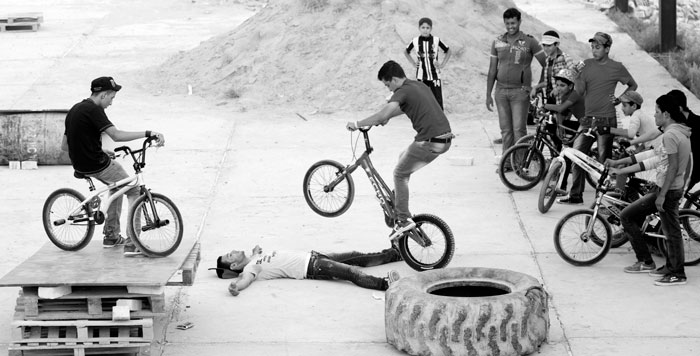 Back in Erie, more than 6,000 miles from the struggles he saw and the tragic narratives he heard in Iraq, Maitham Basha met me in a local coffee shop just days after returning to Pennsylvania and less than 24 hours before he departed on the next great chapter of his young life.

He brought with him an electronic tablet filled with pictures and stories from his journey home.

He captured ISIS rebels in the streets waving Soviet-era AK-47s in the air as they marched through Kurdistan.

He captured old couples and elderly men struggling to maintain in refugee camps.

But there was also a pattern that emerged from his photos. There were series of photographs that featured children.

He photographed kids who made a makeshift bicycle park next to a construction site.

Other kids played behind the shanties set up by the United Nations refugee assistance organization, UNHCR.

In their faces, there's a sense of hope, a sense of optimism – kids being kids, and unlike the adults who averted their eyes from his lens, the kids stared directly at the camera, many of them smiling.

One young boy, wearing a Spider-man T-shirt, had a plastic crate around his neck selling goods on a camp street.

So I asked Maitham if those kids reminded him of himself, the seven-year old who traded soccer to sell garbage bags and push blocks in Najaf.

Although he never lived in a refugee camp, he says that when he sees them, "the struggle hits home."

The day after we met, Maitham left for Botswana, Africa, where he will spend the next two years as a Peace Corps volunteer educating young Africans about AIDS and AIDS prevention.

After 27 months in Botswana, I wondered to which of his homes – Erie or Iraq – he would return.

"My plan is to take the Foreign Service exam. But who knows, maybe I'll just travel the world and take pictures." Then he paused and chuckled, "I could be the next Anthony Bourdain."