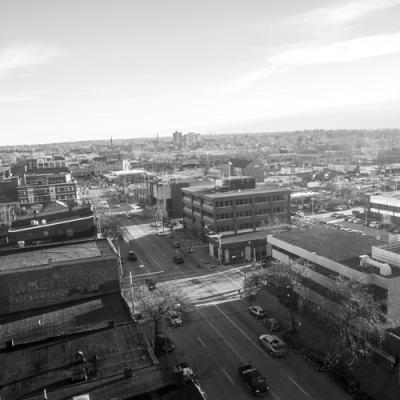 The news is not unique to Erie. As the crumbling of cities, towns, and boroughs under the pressures of rising crime becomes more pronounced, community leaders crave quick-fix solutions. Let's fix this yesterday becomes the clarion call of urgency, as blood flows in the streets. But those bearing the gravity of such community depression for decades can't help but wonder why the community wasn't more concerned yesterday, when the blood was flowing before, just not enough to sound the apparent alarm.

But these creative, we-must-act-now-because-we've-noticed-the-startling-uptick-in-crime reactions can seem like a slap in the face to those who have been attempting to address the crime issue for decades. The common goal is to reduce crime and create the opportunity for all citizens to live in a safe climate, but not everyone seemed to care until yesterday's problem became today's reality.

This is Unified Erie's conversation, and this is the disunity that's boiled to the surface.

First, it's easy to see Unified Erie as a white solution to a black problem. A quick glance at Unified Erie's advisory group reveals a blatant lack of diversity. But the invitation – reiterated at recent public meetings – to take a seat at the table remains open. And leaders in the black community, like Marcus Atkinson, are vocal about the potential of Unified Erie to address Erie's violent crime problem.

Second, this can be seen as a turf war within a turf war. A big part of Unified Erie is the call-in method – the ultimatum of: accept our help through community resources presented to you, or return to a life of crime and suffer the consequences when caught. Those call-ins – at least based on the Kansas City model – take place at "neutral locations," like churches. In a way, these places of worship are being hamstrung to participate in something they've already been participating in.

According to its website, "The White House Office of Faith-based and Neighborhood Partnerships within the Domestic Policy Council works to form partnerships between the Federal Government and faith-based and neighborhood organizations to more effectively serve Americans in need." President Barack Obama opined: "Instead of driving us apart, our varied beliefs can bring us together," which is more hopeful than it is realistic.

Is faith-based intervention working against crime? Yes, but the process is not without its challenges. Indeed, many of us still have varied beliefs that act as the opposite of unity.

Third, it's perceived as a white privilege versus black oppression problem. Bishop Dwane Brock, a vocal oppositionist against Unified Erie, paints it as such. But the example he uses reveals a bigger problem that he isn't leveraging or explaining clearly in this narrower conversation.

Katrina House (who's black), is going to jail for stealing what amounts to chump change compared to David Earls' (who's white) embezzling of $170,000. Earls is not going to jail. The example of injustice is apt here, but it's bigger than Erie County Attorney Jack Daneri and Assistant U.S. Attorney Marshall Piccinini. House is going to jail because she was charged with aggravated identity theft – a charge that carries a mandatory minimum sentence. Earl pleaded guilty to a third-degree felony, which doesn't. It's apples and oranges, but it's still fruit, and in this case, the basket holding them together is rotten.

To get a sense of what mandatory minimum sentences have done to the justice system and how it's crushed minorities and the impoverished, read Michelle Alexander's The New Jim Crow: Mass Incarceration in the Age of Colorblindness. Then read Bryan Stevenson's Just Mercy.

It should come as no shock that having a criminal record makes it damn difficult to get a job. Why? Because most employers have the right to ask. And therefore the right to judge someone twice for their crime.

It doesn't take a sociology expert to recognize that when the job market doesn't exist because the economy's tanked – or worse, the market keeps you locked out because you've been in the tank – desperation sets in. We're in essence creating a world of Jean Valjeans, and stealing bread can be child's play in the 21st century.

Unified Erie is rooted in good intentions. It's aimed at fixing a problem, and it's studying a model in KC (albeit one with 1,268 violent crimes per 100,000 residents compared to Erie's less than a third of that) in an attempt to make Erie safer and better.

But more than anything, Erie's disunity problem needs an economic- and educationally-based solution. That is, Erie's disunity is more a financial destitution problem. Take it from someone who grew up in a single-earner household who knows the stresses created by having to make the choice of whether to pay an electric bill or get groceries.

While violent crime rose in 2015, Erie's poverty rate has remained consistently higher than the state and national average. The largest demographic living in poverty? Those under the age of 18. Entering the adult world already in poverty doesn't initially paint a bright picture of the world, trust me; but education and employment changed that worldview for me. And I like to think I'm not an anomaly.

So if we want a quick-fix solution to Erie's rise in crime, we need to focus less on creating a list of at-risk people to whom we'll talk about stealing bread, and fighting over how we'll talk to them. Instead, we ought to be working together to open up some bakeries.