Do Not Throw Away Your Shot at Seeing Leslie Odom Jr.

One Night in Erie should prove to be a Smash 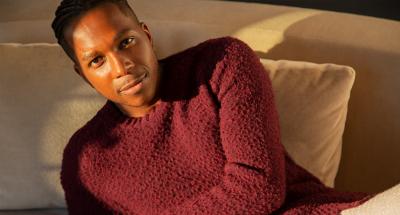 When Hamilton hit the stage of the Richard Rodgers Theater in 2015, the world turned upside down for Leslie Odom Jr.

Having made his Broadway debut at the age of 17 in a production of Rent, and despite a number of television, film, and stage credits to his name at that point, Odom's turn originating the role of Aaron Burr catapulted him into the stratosphere of fame.

The Mercyhurst Institute for Arts & Culture is bringing this Tony-winning, Oscar-nominated phenom to the Mary D'Angelo stage for one night in March, a reschedule from the originally planned December 6 engagement, which was postponed due to COVID.

Odom, who has also released four studio albums and penned a memoir reflecting on his journey to success, was initially set to promote and perform based on his latest studio release, The Christmas Album.

Odom's latest non-Christmas album, Mr., is heavily jazz influenced, described by the artist himself as "the music that Nat King Cole might make today." He tours with a five-piece band, including a pianist, guitarist, bassist, percussionist, and drummer.

Guests to the Mary D'Angelo theater should bear in mind that attendance is restricted to vaccinated guests only, or a negative COVID test from within 72 hours if the patron is unable to be vaccinated.

With the rapidly changing CDC guidelines, guests are also asked to adhere to the theater's masking policy, whatever that might be at the time.

Odom's star continues to ascend to the highest heavens of entertainment, with a talent that is so charismatic and so multifaceted. While Odom may be something of an "it" guy for now, his mastery of the craft remains timeless. — Cara Suppa