by Nick Warren
View ProfileTwitterInstagramRSS Feed
October 21, 2020 at 10:15 AM 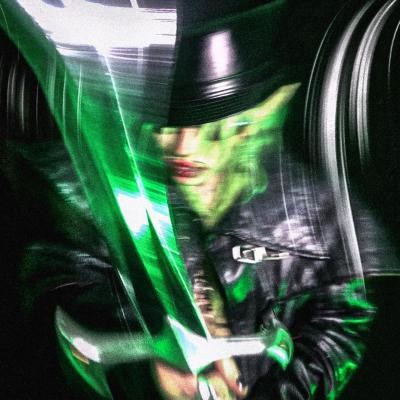 A caustic flurry of non-stop excitement, Dorian Electra's sophomore album is a captivating rollercoaster. Saddled with nearly useless genre markers like "Bubblegum Bass," "Hyperpop," and "Deconstructed Club," the quest to categorize Electra is a fool's errand, and that's part of the point. While their debut album Flamboyant was more rooted in the electro attitudes of the magnificent Charli XCX, My Agenda quickly moves towards the more chaotic successes of 100 Gecs. The results are exuberant and entrancing, if not polarizing. This type of album creeping into the mainstream will likely cause confusion to some. It's a lowbrow tour de force, filled with weird humor and moments both tongue-in-cheek and weirdly forthright, often at the same time, like "Sorry Bro (I Love You)" and "Give Great Thanks." For another example, one of the album's singles is titled "Edgelord" and features Rebecca Black (of "Friday" fame). It's meta, winking, and a highly repeatable 25 minutes of life. My Agenda is frenetic at times, with its synth-heavy distortions also blotted with intense moments of repose. The 28-year-old trans and gender-fluid artist has risen beyond their station to make something that's undeniably whatever it needs to be.