The tale of Dorian Grey gets a modern spin.

by Alex Bieler
View ProfileFacebookTwitterInstagramGoogle+RSS Feed
October 29, 2014 at 6:20 AM 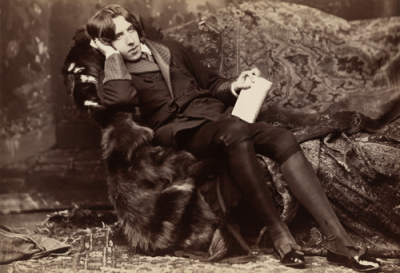 Oscar Wilde's 1890 gothic novel The Picture of Dorian Grey will receive a minor facelift from the folks behind Dramashop this fall when the contemporary theater company presents his story on the Renaissance Centre stage.

The iconic literary tale has aged rather well since it first debuted 124 years ago, but Dramashop isn't about putting on a performance of some tried and true story; instead, the group is giving Erie a new look at an old character portrait with a two-weekend run of Dorian Grey starting Thursday, Oct. 30. Adapted by Dramashop Secretary and Treasurer Jess Flock, the play's setting shifts from Victorian era England to modern times and switches up the genders of several characters, with Jessica Annunziata playing the title character of the show.

Flock's Dorian Grey adds a few new twists to Wilde's tale of morality and sexuality, offering up six chances for Erie to come face to face with the old story's new look.