Dark comedy is the phrase that best comes to mind with Samuel D. Hunter's Boise, set to begin its run as part of Dramashop's Mainstage series. 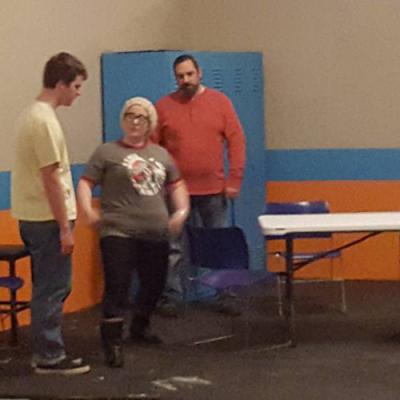 There's no place quite like the break room of a Hobby Lobby to explore a crisis of faith.

But "nothing is pretty about A Bright New Boise," quipped The Washington Post, "a play that marches in the footsteps of Sam Shepard's acid comedies."

Dark comedy is the phrase that best comes to mind with Samuel D. Hunter's Boise, set to begin its run as part of Dramashop's Mainstage series. The play won the 2011 Obie Award for Playwriting, and Hunter was the recipient of a 2014 MacArthur "Genius Grant" Fellowship.

So, back to the Hobby Lobby break room, and a group of lost souls. There's Will, fleeing his rural hometown after a scandal at his Evangelical church, his teenage son whom he had given up for adoption, his son's adopted brother, a hapless young woman, and their manager. All are striving, in the play's notes, to "confront an unyielding world through the beige-tinted impossibility of modern faith." – Sara Toth