Driftwood Floats in with Tyler Smilo at Kings Rook Club

Driftwood will float its way back into the Gem City for what's sure to be a stellar show at the Kings Rook Club. 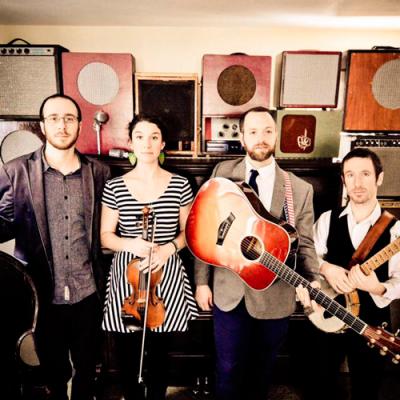 "Sometimes a band can just appear out of nowhere and make a sound so agreeable and enticing it almost seems like they're the product of some divine destiny. Driftwood offers an ideal example of that phenomenon," wrote a reviewer in Country Standard Time.

The Binghamton, N.Y.-based quartet – driven by strings and incorporating elements of, well, everything into their sound – has made substantial waves in the Northeast's music scene and beyond in recent years, sharing stages with the likes of Donna the Buffalo, Emmylou Harris, Bela Fleck, and many other notables.

And soon, Driftwood will float its way back into the Gem City for what's sure to be a stellar show at the Kings Rook Club.

They'll be joined for the evening by special guest-opener Tyler Smilo, who (in case you didn't know) is a Rust-Belt-hewn musical force unto himself.

Both Driftwood and Erie's own Smilo have been taking the Americana-influenced scene by storm of late – and with good, sound-based reason – so it behooves fans of live music to take the opportunity to catch them all together. — Ryan Smith