It's easy to see why Drive-By Truckers has amassed such a dedicated following.

by Nick Warren
View ProfileTwitterInstagramRSS Feed
November 9, 2016 at 9:00 AM 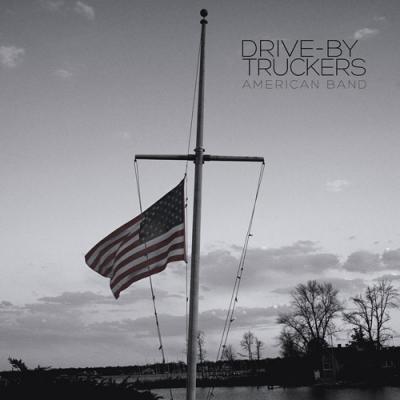 American Band is the 11th studio album by the Athens, Georgia band Drive-By Truckers. It's easy to see why the band has amassed such a dedicated following. Principal songwriters Patterson Hood and Mike Cooley serve as the voices of the band. Speaking generally, Hood's tracks are darker and more somber ("Darkened Flags on the Cusp of Dawn," "Sun Don't Shine"), while Cooley's are infectiously raucous ("Surrender Under Protest," "Kinky Hypocrite"). The band has long had crossover success with indie rock fans. Picture someone mentioning that they like country, quickly name-dropping Hank Williams and Johnny Cash to clarify that they don't care for that stuff on the radio. It's an apt distinction, as fans of Wilco and Bruce Springsteen will agree. By the time the album has reeled you in, you hear "What It Means." It's easily the most significant track on the album, a forthright discussion of the Black Lives Matter movement. It's a startlingly beautiful protest song sung with a white southern growl. An honest perspective, it's the most outwardly political statement the band has ever made. – Nick Warren