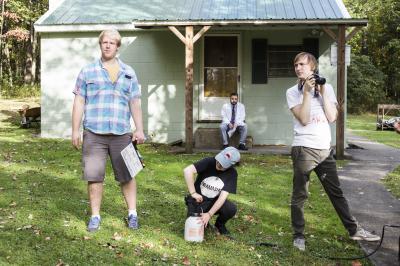 The Fifth, an experimental film by director Erik Brown creates a thrilling story set in Erie with a dash of dark-comedy. In a Kickstarter campaign to raise money to offset production and festival costs, Brown said that a "goal of ours was to create this unique project solely using the resources Erie, Pennsylvania has to offer."

Brown has worked on other short films shot and produced in Erie such as Faces of Terror, a horror fan film. In this equally eerie experimental tale, a group of teens faces off against classic and modern horror characters. The Fifth is a work of pure imagination, right down to the script which was improvised by the actors during filming.

Don't be afraid to catch the premiere at the Bourbon Barrel. Attendees should be advised that the film is intended for mature audiences. — Hannah McDonald