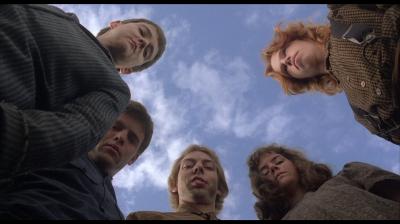 It's almost that time again for the Film Society of Northwest PA to throw their annual Eerie Horror Fest; a spooktacular event that pays homage to some of horror's most beloved movies and underground films.

"It is four days of short and feature-length horror films submitted from all over the world," described Erika Berlin, Executive Director of the Film Society of Northwestern Pennsylvania, "including the screening of the silent film classic Nosferatu and live pipe organ performance, game and video production demonstrations, workshops, an industry panel, and a pitch competition."

This year, the four-day event will be coming back home to the historic Warner Theatre. A volunteer-run event, Berlin is quick to credit staff members like Margaret Dioudonne in helping the complex weekend run smoothly. "Festival Director John C. Lyons is expanding on the filmmaker development aspect of the fest," Berlin noted. "Last year we invited two teams of filmmakers to demonstrate sample pitches and receive feedback from a panel of industry professionals. This year we are expanding on that. In addition to accepting completed film submissions, we accepted ideas - the first 5 pages of a script and a pitch deck - and have invited the selected filmmakers to pitch those ideas to a panel of industry professionals." She also highlighted panels like "Building Your Visual Brand" hosted by director and photographer Carter Smith.

Kicking off with a bang (or should we say, a silent scream) will be a very special screening of the 1922 silent film Nosferatu. The iconic film will be accompanied by the Mighty Wurlitzer Theatre Organ, only recently installed. Pipe organist Ron Rhode will play along with the film, in the style it was heard when released. Berlin described the film and accompanying experience as "a masterpiece of early horror that everyone can enjoy. Organist Ron Rhode will play the unmistakable original score with drama and improvisation; his performance makes it more than just watching a movie with a live score." On the scene nearly a decade before Bela Legosi's Dracula, this influential German Expressionist horror film is directed by F. W. Murnau, and stars Max Schreck as the vampire Count Orlok. Its making served as the basis for the 2000 film Shadow of the Vampire. Tickets for this special screening are available separately or as a package deal with festival passes.

Some of this year's other main events include:

The Eerie Horror Fest has been running for 15 years, giving the City of Erie a look behind the scenes at some of Hollywood's fan favorites as well as local films, with panel discussions featuring the directors, actors, and others involved in the filmmaking process.

This is also a grand opportunity for other creatives in the Erie area to connect with filmmakers and other guests to help grow the film community. Participating vendors such as Clown Candy Art, All Things Spoopy, and Eileen Green Farms will be in attendance to provide for this yearly party that horror nerds cannot stop raving about.

This year, the pitch competition will be in full effect, giving creators an opportunity to propose their horror ideas and synopses for a chance to win great prizes. As always, Erie caters to its upcoming and ambitious writers and directors to keep the flow of the arts circulating.

On Oct. 5th, dare to enter the haunting doors of the Warner Theatre where ghouls and goblins will party the night away for a creepy good time.