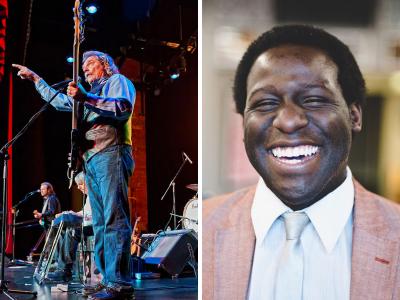 The sixth show in the annual series is set for Tuesday, Aug. 7 with country-rock bands Pure Prairie League and opening act Refuge. The seventh is scheduled a week later, featuring soul music with performances by Wesley Bright & The Honeytones and opening act The Breeze Band.

"Their vocals are as strong as Kentucky moonshine and the musicianship and performance skills are as sharp as a straight razor," one reviewer said in a recent press release.

On Aug. 14, Wesley Bright & The Honeytones of Akron will introduce Erie to its mix of classic soul and modern sound. Bright is known for his mellifluous voice and energy that will get everyone on their feet.

People may bring outside food and non-alcoholic beverages. Alcohol will be available for purchase inside the park. Food trucks and other vendors will also be present.

Anyone under age 18 should be accompanied by an adult. No pets, bikes, skates or skateboards are allowed into Liberty Park during the event.

A free shuttle service, courtesy of "Ride the e" will be available from 5 p.m. until after the event ends to and from the following locations: The Erie Intermodal Transportation center at 208 E. Bayfront Pkwy., the Thomas Hoffman Transportation Hub at the corner of 12th and Lincoln Streets and the lots west of the Maritime Museum and Blasco Library. — Tracy Geibel