"Cosmic funk," an out-there blend of rock, soul, and jazz, will descend upon Erie through Electric Kif. 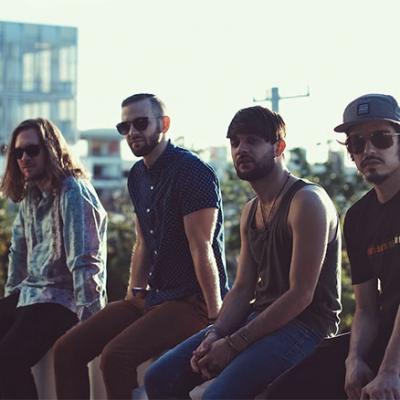 "Cosmic funk," an out-there blend of rock, soul, and jazz, will descend upon Erie through the vehicle of Miami natives Electric Kif on March 25 at the Kings Rook Club. "Kif" means "any agent [or music] capable of producing a euphoric condition." Electric Kif's latest single, "Little Louie," is an easygoing, blissed-out funk collage of a song with syrupy bass and keys, and an arching guitar riff. Organ and keys lend a distinctly vintage vibe to the superbly mellow tune.

"'Little Louie' represents the spirit of the Kif. It's one of the groovier songs on the record and the centerpiece of the album's concept and storyline," explains guitarist Eric Escances. "'Little Louie' was the song that actually gave us the creative momentum. It was the first song that we developed together that led us to writing the rest of the album," keyboardist Jason Matthews adds.

In fact, despite the "electric" nature of the band, both in sound and energy level, their tunes have a singularly laid-back sentiment, perhaps due to the fact that the band members are from all over the world, and thus unite their backgrounds. The eclecticism of the group adds a distinct flavor and feeling that should be seen and heard in person to be fully understood.

The band's latest EP, Heist, was released this year. Tracks like "Little Louie" and the cheekier, bouncier "See You at the Corner," with a sunshine-filled blend of rolling drums, electronic squeaks, and squeals, present an excellent introduction to what they'll present on the 25th. Eric Brewer and Friends will be supporting Electric Kif. – Miriam Lamey