Film & Her wants to see females emerge successful in the filmmaking industry.

by Tracy Geibel
View ProfileFacebookTwitterRSS Feed
March 28, 2018 at 11:30 AM 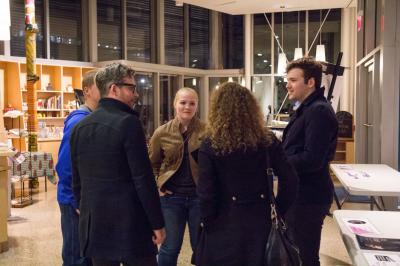 Film & Her wants to see women emerge successful in the filmmaking industry.

The organization that showcases women in film will kick off its 2018 tour along the East Coast at the Bourbon Barrel in Erie.

Film & Her was started to celebrate talented female filmmakers and to support them by showing off their films.

This year, Film & Her hopes to take its work a few steps further. It intends to create a community of women in film, start an educational workshop program and provide resources and support that will help expand female filmmaking.

It has already held successful showcases in places like Erie and Savannah, Georgia, but Film & Her hopes to soon add showcases in other cities across the East Coast and eventually across the country. — Tracy Geibel

Film & Her: A Female Filmmaker Showcase

Movies
4/5/2018 from 7 PM to 9 PM
,
Film & Her believes that emerging women in film deserve to be celebrated and encouraged to continue creating. Our showcase is simply that, a showcase of the creative power from talented women acr...
Film & HerBourbon Barrelfilmmaking