Eminem // Music to Get Murdered By

Finding a middle ground: although spotty, there are undeniable highlights throughout 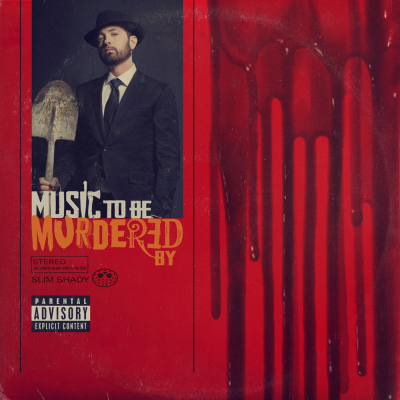 Eminem holds the distinct title of being an artist who lyrically rejects critics from album to album, but consistently seems to respond to them sonically. After a slew of misguided releases culminating in 2017's Revival and last year's Kamikaze, Music to Get Murdered By seems to finally find some middle ground between the former's desire to say something and the latter's groan-inducing fan service. The album opens with a surprisingly strong three-track sequence, hosting show-stopping features from Young M.A., Royce Da 5'9", and White Gold. Things get spotty from there, but there are some undeniable highlights throughout. "Stepdad" is a dose of old-school Eminem so unbelievably silly, it works. And while a strong argument could be made that controversial centerpiece "Darkness" is in poor taste, it does throw us back to the rapper's captivating storytelling abilities. It would be wrong to classify Music to Get Murdered To as a "good album," but within the record's unnecessary hour-long runtime, a good Eminem album exists. You just have to wade through the Ed Sheeran-soaked filler to find it.