Enjoy Sounds Around Town From Anywhere 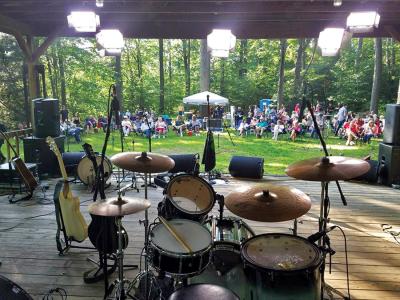 For the fifth year, five family-friendly concerts will come to Erie as part of WQLN's Sounds Around Town series, beginning July 6 and continuing every Friday into August.

Launched in 2014, the series includes free 60- to 90-minute concerts that will be broadcast live on radio and TV for those unable to attend the event. Thanks to sponsorship from the Erie Beer Company, Mill Creek Coffee Company and Smith's Provisions, free samples of beer, coffee and Smith's products will be available on-site for tasting.

This year's lineup consists of local favorites. The Bootleggers Bible Club will kick off the series with American roots tunes. Eric Brewer and Friends hold the second slot, which is sure to be full of funk the following Friday. The aptly named Matt Bennett Blues Band is set to perform on July 27, followed by alt-rockers, an alternative rock group. Closing out the series on Aug. 3, This American Song will take the stage to treat the crowd to some classic rock-n'-roll. –– Hannah McDonald