The EPA has ascertained that fracking contaminated a Wyoming aquifer.

by Jay Stevens
View ProfileFacebookTwitterGoogle+RSS Feed
December 10, 2011 at 10:00 AM 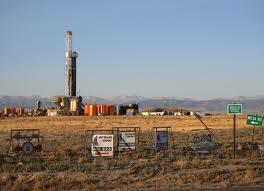 Remember when the EPA was studying a Wyoming aquifer for chemical contamination from fracking? Well, the results are in:

The U.S. Environmental Protection Agency said for the first time it found chemicals used in extracting natural gas through hydraulic fracturing in a drinking-water aquifer in west-central Wyoming.

Samples taken from two deep water-monitoring wells near a gas field in Pavillion, Wyoming, showed synthetic chemicals such as glycols and alcohols "consistent with gas production and hydraulic-fracturing fluids," the agency said today in an e- mailed statement.

Cue the apologists and doubt-sowers.

Immediately, energy groups and energy state officials began condemning the report, calling it politically motivated, irresponsible, premature and inconclusive. A spokesman for Encana, the Canadian company that is drilling in the area, said the study indicates a "probability" not a "conclusion."

It's an irrelevant response. Much public policy, after all, is based on avoiding probabilities.

Think of it this way. Fracking industry supporters are saying this: fracking might not be inserting deadly chemicals into your drinking water, so we should keep fracking until we're absolutely certain it does, and in quantities that will harm you.

Not much of an argument.