ER Sports: The Future of the Erie Otters

As the era of Sherry Bassin in charge of the Erie Otters ends, while the Erie Otters stay in Erie under new ownership or will the team move elsewhere? Read LeCorchick's predictions about the fate of the team. 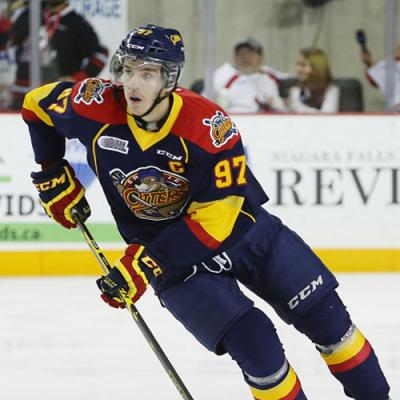 The "Sherry Bassin Era" for Erie Hockey is coming to an end very soon.

I have my opinion – make that a very strong opinion – but I'll let you form your own, based on various facts and figures.

First off, let's take a peek at his 19-year tenure in Erie.

Maybe I was a bit too optimistic when I was first introduced to Bassin and the Otters, as it seems like it was just yesterday I attended a news conference at a local hotel for the announcement about hockey returning to Erie. I will admit I'm not a huge hockey fan, but I am an Erie fan so I was thrilled as I sat there listening to everyone who praised Bassin, saying how extremely fortunate we were to get a team with him in charge.

He was billed as a "hockey guru" and the best at building franchises. I left the news conference excited that the local icers were in the hands of a genius of this magnitude. The future seemed indeed bright.

After much research, this is what my records show: In the 19 seasons Bassin was in charge of the Erie crew, they played just more than 1,300 games, winning 587 of them. This works out to a winning percentage of approximately 45 percent

This includes one OHL title and one other appearance in the finals – that being this past glorious season. There were also four conference titles out of 19 tries, including six times when the Otters didn't even make the playoffs, and that's hard to do.

If stability in the coaching department is important, then you will see the Otters have had seven coaches in 19 seasons, an average tenure of 2.7 seasons per coach. The men calling the shots were Chris Johnstone, Dale Dunbar, Paul Theriault, Dave MacQueen, Peter Sidorkiewicz, Robbie Ftorek, and current mentor Kris Knoblauch. MacQueen survived seven seasons or the average would've been incredibly abysmal.

Bassin, who always proved to be a good interview for the media, came to town as an excellent judge of talent, and he lived up to that advanced billing as he drafted many performers who went on to NHL careers. But also keep in mind that Erie was often drafting in favorable positions after poor seasons.

At the time, the 2011-12 season appeared to be a total disaster, as the Erie squad posted an incredibly dreadful season of 10 wins and 52 losses. However, it turned out to be a blessing in disguise, as the Otters were awarded with the first-overall pick and used it to select the legendary Connor McDavid.

It should also be pointed out that everyone in the hockey world knew he was the best player available, so it didn't exactly take a genius to figure out McDavid should be picked No. 1 overall. However, Bassin should receive some points for at least making the selection.

While responding to the statement, "You be the judge," one also has to look at the off-ice performance – and this isn't exactly a pretty picture.

The success, or lack of success, on the ice could be debatable, but Bassin's legacy may be determined from the business aspect that rears its ugly head way too many times in sports, especially professional athletics.

However, if Bassin's stay in Erie is going to be judged strictly from the business standpoint, then the decision will be an easy one. Everyone knows the team is for sale – how could you not know? – but the antics that have been going on for the past three years behind the scenes make the Kardashians appear normal.

Personally, I'm sick of hearing about the impending sale, and I can't wait for new ownership. However, I must point this out: One of the groups interested in the teams is headed by a personal friend of mine (in the spirit of full disclosure) Owen McCormick, one of the owners of the Erie BayHawks and an extremely successful businessman with extremely deep roots in Erie. If he and his cohorts buy the Otters, it's a guarantee they will stay in Erie. If another group, probably from Canada, purchases the franchise, there's then no guarantee whatsoever they will stay here.

I will share with you exactly what I told my friend: "Owen, I hope you don't get the team. I think it's a horrible business decision."

From my viewpoint, with the presence of the classy McDavid and the miracle season at the beautiful new Erie Insurance Arena, the price of the franchise is way out of line – one to the tune of at least $2 million.

The frontrunner to buy the team, retired Canadian Broadcaster James A. Waters, was quoted as saying he wants to keep the team in Erie, and he "loves Erie." He pointed out that he ate at Sara's one day and the food was great. Now I love Sara's, but I don't think I would invest nearly $8 million in an investment based on the food at a local restaurant. With my apologies to owner Sean Candela – the onion rings are great! – I would have to draw the line somewhere.

There's a reason Bassin owes the Edmonton Oilers – and some other people – more than $5 million. However, that has been rehashed enough already, and there's no reason to beat that puck into the ground again.

Bassin has repeatedly denied the Otters were for sale or would be moved. He is adamant that he wants the team to stay in Erie. This seems to be a bit of a change in attitude.

Let me point out some viewpoints from a Canadian paper that we've never been privy to here in Erie.

This story seems to present a different perspective of Mr. Bassin than the Erie media portrays.

This story (I suggest you Google this extremely long and extremely interesting report) that was written by David Shoalts in the Toronto outlet The Globe and Mail under the title, "Hockey lawsuit exposes grimy underside of sports ownership." Yes, our fair city is almost guilty by association with the Erie Otters' owner.

One of the main portions of the story explains how a deal was done for Bassin to sell the team to Edmonton Oilers of the NHL who already had a deal in place to move the team to Hamilton, Ontario. So much for the passionate statement: "I want the new owners to keep the team in Erie."

One quote referenced the Otters' "miserable financial performance" in Erie, and another pointed out: "It'll be up to the new owner to decide if Erie, the innocent bystander caught in the Daryl Katz/Sherry Bassin/Hamilton, Ontario crossfire, will get to keep its team."

I suggest you read this article before making your judgment.

I sincerely believe the Otters will stay in Erie – as long as they make money. McCormick's group would be willing to take a financial hit to keep the team here. I'm not too sure about another group.

I will offer a bit of advice to out of town ownership: If you come to Erie, you better know and understand Erie. That's why I think it's mandatory they keep General manager John Frey and Coach Kris Knoblauch. Frey understands the city and is extremely well-liked. And there's no doubt Knoblauch can flat out coach.

On a side note, I was shocked on a recent Sports Blitz radio show that I host five days a week as an unsolicited caller called in and said he read a report that pointed out new ownership may keep Bassin around. He definitely wasn't president of the Sherry Bassin Fan Club and that prompted a deluge of follow-up calls with callers totally agreeing with the initial caller. I was more than a bit surprised.

I was also amazed there wasn't one caller in support of the Otters' owner.

If I was the judge: