The 2018 midterm elections and the work ahead 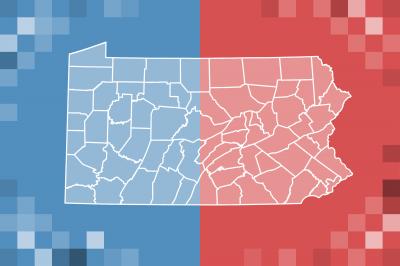 Many of us have spent the past two years trying to explain away Donald Trump's 1,957 vote win in Erie County in 2016. It was the electorate clamoring for change. It was the electorate seeking leadership from outside the beltway. It was an anomaly. It was something we hadn't experienced since 1984. Nevertheless, "Erie went red" and so went the national narrative about a political turn that illustrated a major change in Pennsylvania's great northwest.

The 2018 midterms were Erie's chance to challenge that narrative.

More than 53 percent of registered voters — 102,545 people — showed up to the polls in Erie County. That's the highest turnout in a midterm election in Erie County since 1994 when then-House Speaker Newt Gingrich led his Republican Revolution.

On one hand, 53 percent gives us reason, as a region, to celebrate. On the whole, there's still work to do.

As a recent study, "The United States of Apathy," which utilized census data and voter turnout in the 2016 elections illustrates, a plurality of eligible voters are not participating in the electoral process in counties all across the United States.

Voter registrations increased between 2016 and 2018, and so did voter turnout among traditionally underperforming segments of the population. The question now is how to maintain this momentum, which bodes well for Democrats.

Erie was one of those counties.

Erie At Large: Life after The Tree of Life

by Jim Wertz10/29/2018, 10:41 AM
Tragic Pittsburgh synagogue shooting is a call against indifference

Senator Casey's support was resolutely strong in Erie County, where he defeated Republican Congressman Lou Barletta by 18,558 votes, helping to anchor a statewide victory with a 637,401 vote margin of victory.

Governor Wolf was even stronger, winning Erie County by 21,403 votes and carrying the state with an 836,633 vote margin of victory. The incumbent's nearly 1 million vote win over former State Senator Scott Wagner is impressive. He's a popular governor who now holds a mandate to move Pennsylvania forward, even if the Republican-led legislature disagrees.

Erie had one competitive race for State Representative in the 2nd legislative district this year because of the vacancy created by the death of Rep. Flo Fabrizio. Representatives Ryan Bizzarro (PA-3) and Pat Harkins (PA-1) — along with their Republican counterparts Curt Sonney (PA-4), Brad Roae (PA-6), and Parke Wentling (PA-17) — ran unopposed.

The 2nd District brought Democratic Erie City Councilman Bob Merski a challenge from Republican real estate agent Tim Kuzma. But in the heavily Democratic 2nd District — which includes much of Erie's west side, two voting districts in Millcreek's Belle Valley, and Summit Township — Merski won with 65 percent of the vote.

In the 50th Senatorial District, which covers southern Erie County from Edinboro and Washington Township east to Corry, a political newcomer, Democrat Sue Mulvey, made a strong effort to upset incumbent State Senator Michelle Brooks. However, Brooks is a conservative Republican and so is her district. She easily won re-election.

One race, perhaps more than any other, captured Erie's attention as a hometown candidate took on an increasingly absentee incumbent in the race for Pennsylvania's newly drawn 16th Congressional District. Attorney Ron DiNicola — who gained attention most recently for his work devoted to universal pre-kindergarten in Pennsylvania, re-igniting the Erie Police Athletic League, and establishing a community college in Erie County — took on Republican Congressman Mike Kelly, who has represented Northwestern Pennsylvania since he was first elected in the 2010 Republican takeover of the House of Representatives.

DiNicola won Erie County by 19,813 votes, a significant margin that rivaled the output of other popular Democrats such as Sen. Casey and Governor Wolf. Despite DiNicola's impressive showing in Erie County, that support wasn't enough to withstand the Republican turnout in the southern part of the district, which Kelly won with a margin of slightly more than 11,000 votes. It is worth noting that Republican voters in the other four counties of the 16th District — Crawford, Mercer, Lawrence, and Butler — also voted for both Scott Wagner and Lou Barletta by margins of 15 to 20 percent.

Democrats are alive and well in Erie County. I don't know what people said when Erie County voted for Ronald Reagan in 1984, but the national narrative of a dark day for Democrats following 2016 was misinformed. Since Nov. 7, many of the same journalists who talked about 1,957 votes as a factor in Pennsylvania's Republican moment have called back wanting to know how Erie could so strongly support Governor Wolf and Senator Casey after voting for Trump in 2016. "It was an anomaly," I tell them. "Erie is a Democratic stronghold."

That narrative isn't sensational or sexy. It's just the truth. Democrats outnumber Republicans by 28,548 and when they turn out to vote, Democrats win.

And there's the rub. We live in a county where nearly 20,000 people are eligible to vote, but not registered, and we celebrate when half of the registered voters go to the polls. Erie County residents understand that voting matters; they just don't always act that way. We are collective and habitual underperformers, but we can change that. For those of you who vote, talk to your friends and neighbors about politics and (from my perspective) about Democratic candidates. Keep it civil and keep it local. The message will resonate.

Don't let that conversation go by the wayside until presidential election years or contentious midterm elections. Midterms and off-year elections like the one we'll experience in 2019 are where political power is made. This is when we elect legislators and policymakers that impact our day-to-day lives. Show up. Be heard. Hold those accountable who are lucky enough to have earned your vote before.

There is no greater currency than political capital traded at the polls.

Jim Wertz is a Contributing Editor and the Chairman of the Erie County Democratic Party. He can be reached at jWertz@ErieReader.com or you can follow him on Twitter @jim_wertz.