How our recent municipal primary showed us many important new faces 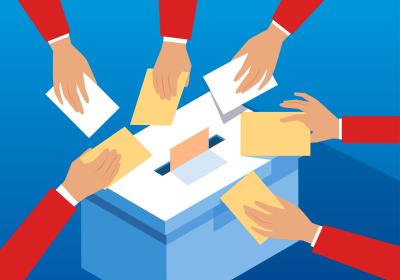 It's been nearly a month since the May primary concluded and election day left us with a great deal to look forward to. Up and down the municipal ballot, we witnessed the impact of a motivated electorate to support new ideas and new candidates, both young and less young, but new nonetheless.

This election featured several candidates under the age of 30 and more first-time candidates than we've seen in a long time. Too, the number of women and people of color looking to represent the interests of voters in communities that have changed more in the last two decades than they did in the century before. Some of those folks and the people working in support of them are featured in the pages that follow.

In this, there is a balance to be struck between the stalwart incumbents and entrenched members of the political class, and those looking to make their political start. All well-intentioned, together they illustrate an opportunity not to be squandered in which those in power have an opportunity to mentor and embrace the next generation of political leadership and the emerging regional needs they represent.

We often lament voter turnout in municipal election years, and rightly so. It's appalling in fact, considering that, as both politicians and political parties will argue, these are the elections that have the greatest impact on the daily lives of average Americans — the 99 percent, if you will.

If you think the roads are in bad shape, these offices can help. If you believe that students deserve better schools and greater opportunities, this was your chance to vote in their favor. If you want to ensure that your tax dollars are efficiently applied to legacy obligations and future investment, odd year elections deserve your attention.

There are 192,453 registered voters in Erie County, according to the Erie County Office of Voter Registration, but just 41,896 of them — 21.77 percent — cast ballots on May 21. Of those 192,453 voters — Democrat, Republican, and Independent — nearly 53,000 are not considered active voters because they don't routinely vote in any election cycle. Of those that remain, approximately 16,000 are registered Independent and, as a result of Pennsylvania's closed primary elections, cannot vote for either Democratic or Republican candidates in primary elections, during which many of these races will be decided because of partisan majorities in small voting districts across Erie County.

The good news, perhaps, is that among active Republican and Democratic voters in Erie County, approximately 32 percent of active Republicans and nearly 37 percent of active Democrats turned out to vote last month. By comparison to voter turnout in the general election, these results are still not great. But they are better and serve as a more accurate reflection of the electorate in Erie County.

Off to the races

In the sole statewide race for two Pennsylvania Superior Court seats, Democrats Judge Daniel McCaffery, a judge on the Philadelphia Court of Common Pleas, and Amanda Green-Hawkins, counsel for the U.S. Steelworkers in Pittsburgh, will face Republicans Megan McCarthy-King and Christylee Peck in the general election on Nov. 5. If McCaffery and Green-Hawkins are successful in their bid, it will be the first Democratic majority on the Superior Court in more than three decades.

This year will mark significant change to Erie County Council where at least three seats will be held by new people, made possible by the retirements of Democrat Kathy Fatica in District 1, which includes most of Millcreek, and Republican Carol Loll in District 7, which includes the remainder of Erie County west of Millcreek. Democrat Kim Clear, 43, an English teacher at McDowell High School, won a three-person primary against community organizer Veronica Rexford and former Millcreek School Board member Terry Scutella to secure the party's nomination for the 1st District seat. Clear will face Republican committeeman Robert Yates, 44, in November. Democrat Rita Bishop, 65, a retired Erie County IT specialist, defeated 22-year-old first-time candidate William Driver for the Democratic nomination in the 7th District and will face Republican neonatal nurse Ellen Schauerman, 64, this fall.

In County Council's 3rd District, which represents much of the city's west side and four precincts in Millcreek, former Erie County library director Mary Rennie, 61, defeated community activist Freda Tepfer and the incumbent Democrat, Fiore Leone, who has served on County Council since 1978. If Leone had won, it would have been his final term on Council before term limits were imposed upon him.

Rennie also won the uncontested Republican nomination with just 18 write-in votes, which means that she will be unopposed in the general election and will replace Leone in January.

Kyle Foust, 51, a long-time County Councilman in the 5th District, representing most of eastern Erie County, was unopposed in the May primary for his council seat and will face Republican Brian Shank, 55, who defeated Joseph Cancilla, 29, for the Republican nomination.

Foust also won the Democratic nomination for Erie County Controller, which monitors the finances of County government, its pension fund, and conducts audits. In this race, he'll face the incumbent Republican, 72-year-old Mary Schaff, who is in her third term. If Foust is successful in unseating Schaff, Council will likely need to appoint his replacement, raising the possibility that 2020 could see the welcome of four new members to Erie County Council.

Similarly in the City of Erie, voters nominated candidates for three City Council seats and the City Treasurer. Eleven Democrats and one Republican sought the three at-large seats on Erie City Council. Incumbent Mel Witherspoon, Ed Brzezinski, a former member of both Erie City Council and the Erie School Board, and Wabtec security guard Michael Keys will face first-time candidate Republican Shawn Lyons. Given the Democratic advantage in the city of Erie and the relative obscurity of the Republican candidate, Witherspoon, Brzezinski, and Keys are all but assured victory in November.

City Councilman Cas Kwitowski, 70, was the only candidate on the ballot for City of Erie Treasurer. He'll replace Sue DiVecchio, who is currently serving her third four-year term as City Treasurer and is term limited from running for a fourth consecutive term.

Before taking office as City of Erie Treasurer, Kwitowski will resign his seat on Erie City Council. That vacancy will be filled by an appointment made by the other six council members. When Bob Merski resigned his council seat upon his election to the state legislature last year, more than 50 city residents applied for the position, which was ultimately awarded to former city councilman Curtis Jones Jr.

This time Erie City Council needs to see this as an opportunity to lift up those who wish to serve this community. To be sure, there is merit in resurrecting someone who "knows the job" and "has been there before." But there's also stability created by inducting someone new to the political process, and as the recent rounds of applicants and candidates have demonstrated, there are plenty of qualified people to choose from. And council should look to those people first.

Recycling former elected officials and appointees to local councils, boards and authorities reflects a general fear of opening the door for someone who hasn't been invited to the club. And if we're not careful, it's going to lead to foreclosure for lack of membership.

Jim Wertz is a contributing editor and chairman of the Erie County Democratic Party. He can be reached at jWertz@ErieReader.com or you can follow him on Twitter @jim_wertz.