Bargaining for a decision 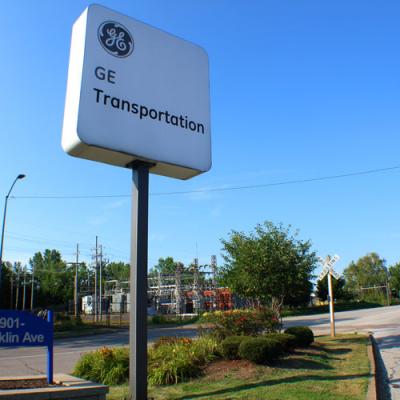 Here we go, again, on our own.

It's a familiar refrain in this community, but instead of being accompanied by sex symbols grinding to a soundtrack upon luxury vehicles, the lasting image symbolizing Erie's journey is that of a sacrificial laborer strapped to the pilot of a locomotive rolling out of GE Transportation in Lawrence Park.

That enduring imagery – the laborer, not the sex symbol – keeps people up at night, and rightly so. An economic impact study prepared by the Erie based consulting firm Parker Philips and commissioned by the United Electrical, Radio and Machine Workers, Local 506, which represents blue collar labor at GE Transportation, outline in detail the net effect of union employment on the regional economy. The loss of 1,687 jobs since 2013 will cost the region more than $1.6 Billion in economic output through the loss of jobs and wages both directly and indirectly associated with employment at GE.

Brace yourselves, Erie, because all the King's horses and all the King's men are unlikely to hold GE together again. But it's not for lack of trying.

So brace yourselves, Erie, because all the King's horses and all the King's men are unlikely to hold GE together again. But it's not for lack of trying.

The union has elected to enter into what's known as "decision bargaining." This process allows the union to negotiate with the company to offer concessions and recommend changes in the workflow that might increase efficiency and save jobs. This is the seventh time that option has been exercised since it was first negotiated into the collective bargaining agreement between GE Transportation and UE 506. In the Parker Philips study, UE 506 president Scott Slawson reflects upon "what amounts to years of decision bargaining" and he concludes that "GE has retained less than a handful of the jobs that it has initially intended to transfer."

In other words, the process has not worked as designed because, as Slawson has publicly stated, the company is not bargaining in good faith.

It has become clear to observers, and more importantly clear to the labor force in Lawrence Park, that the company is not interested in keeping work in Erie despite its many public comments to the contrary. It is a textbook case of actions trumping words despite GE Transportation executive bolstering of increasing productivity, profits, and profitability. That's why then-President and CEO Lorenzo Simonelli said in 2013 that the company remained "committed to both Erie and the region as we grow our business right here."

Since then, leadership changed and commitment to Erie waned as more resources and the primary share of the workload shifted to GE Transportation's Fort Worth facility, where wages are lower and the presence of a collective bargaining unit is conspicuously absent.

In an effort to contend with those competitive realities, UE 506 worked with plant management in 2012 to become more "efficient" and "productive," in the words of supply chain manager Joel Berdine, according to the Parker Philips report.

But later that year, GE Transportation moved its headquarters and much of its executive workforce to Chicago, Illinois, where it remains. It was the first major sign that the company's aforementioned commitment to Erie was neither steadfast or abiding. That move was a psychological blow to a workforce and the community. Both had hoped that the newfound sense of shared purpose between labor and management would engender a sense of permanence.

I suspect that's due in part to a desire of the leadership at GE Transportation to be reminded, from time to time, that the community was as grateful for its presence as the workforce in Lawrence Park has been over the years; that the cumulative effort of maintaining a major corporate entity on the fringe of the midwestern frontier was worth it.

How many times did legislators visit them in Lawrence Park to express appreciation for feeding the local economy, as all sides have acknowledged GE Transportation has done? How many times did local legislators ask, what can we do to assist an industry that is subject to the whims of federal policy, fuel prices, and international trade? Since the headquarters moved, how many times have they been to Chicago to take the corporate temperature?

It's like a marriage that's all too easy to celebrate when the sex is good and the bills are paid. Now the partners only get together every other weekend to fight about who's doing more for the kids.

Mediators, including Pennsylvania Governor Tom Wolfe and US Senator Bob Casey Jr., joined local officials last week in Lawrence Park in support of UE 506 and the financial network that begins at General Electric.

But permanent separation seems all but imminent as part of trend in which companies once known for creating jobs and building communities are now willing to sacrifice a thousand lives to make a buck. The decision is ideological, not pragmatic.

Since the mid-1990s work that was once proprietary to the Lawrence Park facility has been distributed across the GE ecosystem, transferred to third party vendors, and, most recently, relocated to Fort Worth regardless of how profitable or productive the Erie plant has been. Those transfers took with them more than 1,000 living wage jobs before the current proposal to eliminate another 572 jobs even hit the table.

And it's not only union labor that's affected by the proposed transfer of work. White collar jobs will be lost as well.

A letter from plant managers outlining the extent of impending change to UE 506 states that the company expects to retain approximately 2,000 employees – half union, half salaried employees in design and development – to participate in prototype production.

At the same time, the letter identifies a group of nearly 700 employees who will become retirement eligible through 2019. If many or most of these retirements come to pass, the letter states, some of those expected to be laid off in 2017 may be recalled.

It seems like an opportune time to talk about retirement incentives and downsizing the labor force by attrition rather than amputation.

But yet we wait...for another decision bargaining session. Or perhaps just a simple bargain.