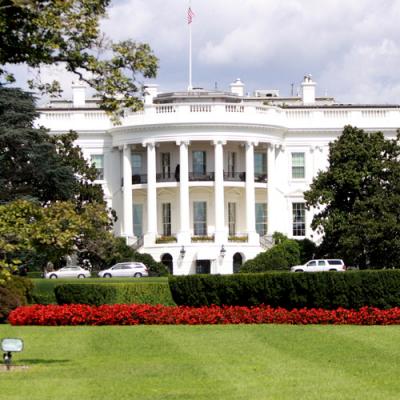 When Douglas Mark Hughes landed his gyrocopter on the lawn of the U.S. Capitol in Washington, D.C., the 61-year old postal worker from Florida, intent on delivering to Congress 535 two-page letters written by voters, had two objectives. The first, to carry out an act of civil disobedience that would spark a national dialogue about campaign finance reform among voters rather than special interest groups and politicians who benefit from the current system. Second, he called for members of Congress to take a stand for campaign finance reform in the 2016 election cycle. "As a member of Congress, you have three options," Hughes wrote in one of the letters he carried, "1. You may pretend corruption does not exist. 2. You may pretend to oppose corruption while you sabotage reform. 3. You may actively participate in real reform."

As an astute contrarian, Hughes recognized the national media would not carry his torch. "The mainstream media (not the local media) is making a financial killing with mega-elections. It's up to us," Hughes wrote on his blog, thedemocracyclub.org. Indeed, if you followed the coverage of the most famous manned flight since the Wright Brothers left Kitty Hawk, N.C., you know that the conversation about the flight was quickly framed as an assault on Capitol security rather than an evaluation of motives behind Doug Hughes's special delivery. Hughes hoped that the local media would take up the cause of educating voters on campaign finance reform because he was certain that the national media would not, and the majority of Americans still favor their local media over national media outlets for daily news and information.

As political coverage of 2016 scales to an early breaking point, campaign finance reform remains off the radar despite the ongoing prognostication that Hillary Clinton will likely spend $2.5 billion in what many see as a final attempt to recycle her 1600 Pennsylvania Ave. address labels. But as problematic as it is to allow such gratuitous spending in pursuit of the Oval Office, the concern of Hughes lay with the wholesale purchase of votes in the legislative branch and the effect of such activity on the constituents that federal representatives supposedly serve.

During the course of the 2014-midterm elections, more than $2 million was spent in the race for Pennsylvania's third congressional district. Democratic challenger Dan LaVallee spent $408,903, a respectable sum for a political neophyte, while the incumbent, Republican Mike Kelly, spent $1,648,321 to retain his seat. More than $1 million of Kelly's war chest came from political action committee (PAC) money, according to campaign committee filings with the Federal Election Commission. LaValle received $65,250 in PAC money.

Dan LaVallee received contributions from 37 PACs, all of which were located in his congressional district or represented labor unions operating within the district. Nine PACs gave the maximum $5,000, while the other 28 PACs gave between $50 and $3000. That said, had LaVallee unseated Kelly it is likely that his war chest would also be filled with PAC money from outside the district. Whether we like it or not, that is, at present, how the game is played.

By accepting their money, Kelly did nothing wrong – and that's the problem. PA-3 is being unduly influenced by constituents who have very little abiding interest in the region. They look either to exploit the natural resources of the region or they want to influence Kelly's vote on the House floor. Here's the bad news: None of that is going to change unless voters demand it by voting against PAC money candidates in federal elections.

The campaign to end Citizens United, the U.S. Supreme Court decision that effectively opened the floodgates for private donors to anonymously fund political campaigns, has proposed four possible alternatives to the current system of campaign financing.

Option 1: Public financing of campaigns. This broadly means that candidates would have to meet eligibility requirements in order to receive public funds that come from taxpayers. Presumably taxpayers then become engaged voters.

Option 2: Full and immediate disclosure. This would bring Washington and eventually local municipalities into the 21st Century by giving voters real-time campaign finance information rather than making interested parties wait for reporting periods to end in order to access financial data from campaign committees.

Option 3: Government matching of small dollar donors. This gives preference to micro donations from individual donors to allow grassroots campaigns to compete, if only marginally, with campaigns funded with corporate contributions.

The message that Doug Hughes ultimately hoped to deliver to both Congress and the American people from his gyrocopter was that there is a choice between the establishment process for funding elections that has drowned out the voice of the individual voter and campaign finance reforms – like those listed above – that will bring agency and opportunity to voters as well as candidates for public office. All that's left is for an otherwise apathetic electorate to do something even more radical than landing a gyrocopter on the Capitol lawn. They simply need to vote.