Erie At Large: In the Zone

Zoning laws may not be the sexiest part of local government, but they are, without a doubt, an incredibly important aspect. 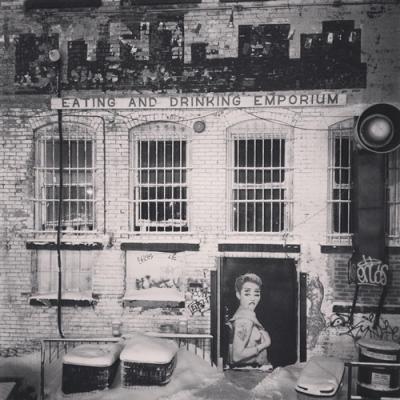 Erie is in the midst of a competitive election cycle, but it doesn't feel that way. That's because most of the candidates for Erie city council have remained relatively quiet about the work they intend to do if elected to public office. Sure, there have been platitudinous announcements acknowledging that the city faces crime, poverty, and a persistent self-image problem, but few of the seven candidates for the three open council seats – including the incumbents – have offered anything resembling a prescription for the city's problems.

In cities large and small across the United States, municipal leaders have used their power to regulate zoning and commerce for the betterment of their communities. They've not always been successful or free from criticism when they were successful. But look around Erie and you'll be reminded that pleasing everyone is not necessarily good for anyone.

A demographic shift spurred by regulatory changes in New York City changed the way businesses operated, rental properties were managed, and schools educated in order to move the five boroughs from the crime and fiscal stagnation of the 1970s and 1980s. By the mid-1990s, decades-long social and economic trends shifted in a positive direction, making neighborhoods more livable, schools more accountable, and transportation more accessible.

Our candidates for city council continue to talk about the problems facing Erie, but none have offered solutions. It's not because they are incapable of affecting change, but rather that during a municipal primary in which voter turnout of 20 percent would be considered a rush to the polls, upsetting a few hundred voters with "change" could cost a candidate the election.

Nevertheless, if Erie is to become a city with safer neighborhoods, better access to goods and services, and stronger schools, something needs to be done.

There is no less sexy a political topic than zoning, but no municipal change would affect the socio-cultural landscape of Erie more than changes to the city's zoning codes. Imagine if every business was required to have appropriate signage and a minimum standard for its storefront; imagine if the city's landlords were required to properly maintain their properties by replacing broken windows with glass rather than plywood, repairing dilapidated roofs and porches, and maintaining yards and shrubbery; and imagine a city that regulated the type of commerce that was permitted within a radius of its public schools. The change would be positive at its very least and radical at its very best.

Erie currently has either no zoning codes or ineffective monitoring of extant codes to address problems like the abovementioned. Across the city, new businesses – from restaurants to second-hand stores  – can erect signage of any quality, be it hand-drawn, spray-painted, or stenciled. There is no uniform code to address the face of business in Erie. The irrational free marketeerism which underlies this problem posits that such codes would be an impediment to starting a business in the city, and that we should do nothing to stand in the way of budding entrepreneurs at a time when the city needs to cull tax revenue for its survival. What's truly in question, however, is the type of entrepreneur the city attracts.

A uniform code would attract a better business – the kind born of business plans and market research rather than pickerism and storage wars. It would require business owners to have more than first and last months rent and collection of wares. It would also prevent such wares from littering the sidewalks and greenspace surrounding the stores. Erie's merchants are the first point of contact – visual and tangible – for people entering the city, whether by way of State Street, Parade Street, or 12th Street.

One doesn't need to travel far off those beaten paths to quickly realize that Erie is a renter's town. Many rental properties are managed by absentee landlords who may or may not pay their municipal bills and who may or may not monitor the state of the property. As a result, broken windows and doors are increasingly replaced by plywood and sometimes even less effective means. It's both aesthetically displeasing and unsafe.

Establishing a residency mandate for landlords would be a first step toward improving life in some of Erie's most blighted neighborhoods. If they can't run from their tenants and hide from city officials attempting to enforce residential codes, they can be held accountable for the properties they own. Shifting blame for infrastructure problems to the tenants is a symptom, not a solution. Hold the landlords accountable for the property and they will have reason to hold accountable the tenants who live in their domains.

The current complaint-based reporting system for zoning violations at residential properties is antiquated and inefficient. It's an appropriate model for communities in which the preponderance of residential properties are single-family homes. It's not appropriate where tenement and duplex housing creates a culture of fear that prevents tenants from protecting themselves from landlords. Improving quality of life for the citizens of Erie through regulation and reform will engender a spirit of pride and self-actualization that is desperately needed to serve as a catalyst for change at this critical intersection of place and economy.

In addressing the problems of neighborhoods, public officials must also consider the impact of businesses that surround our public schools. Drive eastbound past Strong Vincent High School and you'll see a large red sign on the northeast corner of Eighth and Washington streets with the educator's mark "A+" upon it. Only instead of promoting the teacher's union, or the school district, or the common core, that sign advertises A+ Bail Bonds. Both its location and its brand are an affront to a community struggling with both education and crime.

What message does it send to the children of Erie that their first visual after leaving the school steps is a bail bondsman? It reinforces the stereotypes that teachers and parents attempt to challenge on a daily basis, and it diminishes the value that these students place upon themselves, their schools, and the neighborhoods they travel. If a gun shop, a pawnshop, a liquor store, or a massage parlor tried to root itself near a school, the community would – we hope – challenge the merit of such a business in such a location. Why is the line not so clearly drawn for a para-police unit? Instead of helping students make better choices, kids are basically being told that a bail bond is an acceptable alternative to a diploma. It is not.

Last year's war on public art by Councilwoman Jessica Horan-Kunco is a perfect example of the unfocused and detached political rhetoric voters of this city should rally against. Horan-Kunco is in her final consecutive term on city council and cannot run for re-election. It would have been a perfect opportunity for her to take on real issues facing this city, including better business, safer housing, and stronger schools. Instead she devoted her time and energy to taking on local artists who were commissioned by one of Erie's best businesses.

Erie can do better. It's candidates for public office – our candidates for public office – that should be charting a path for the future with cogent, explicit agendas. It's no longer good enough to vote for politicians based on the fact that they see the problems of the city. Erie must choose candidates who will lead by example and steamroll ideas that keep Erie looking back and down instead of looking up and forward to a brighter future and a better region.