Erie at Large: Next Generation 911

Erie County's emergency call centers lead the nation in the Next Generation 911. 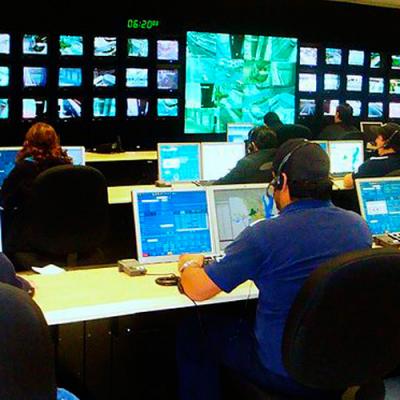 A few days before Thanksgiving, the New York Times published an op-ed by FCC Chairman Tom Wheeler in which he offered a clarion call for the country's leaders – local, state, and federal – to address the technology behind the nation's network of 911 systems, which he deemed "dangerously out of date."

"Many local 911 call centers can't receive a text, photo, or video from a person in need," Wheeler wrote, "capabilities that are considered commonplace for any American with a smartphone."

Wheeler is looking for government officials in Washington, D.C. and across the country to support what he calls "Next Generation 911" or NG911.

NG911 links emergency call centers to Internet Protocol-based networks that allow responders to handle high call volumes in the face of a catastrophic event. It also uses mapping software and cellular GPS to route calls and pinpoint real-time location of 911 calls made from mobile devices. Additionally, it supports data, text, photo, and video communication as well as voice calls. In an era when many people have chosen to ditch their landlines for cell phones and voice-over-internet-protocols (VoIP) services like Vonage, Skype, and Google Hangouts, NG911 isn't simply an option. It's the only option.

Thus far, the conversation driving support for the new system has focused on the capability for first responders to communicate on a single network using common frequencies rather than the patchwork channels used now, which sometimes prohibit multiple emergency crews at a single location from talking to one another.

That means if multiple fire companies, police departments, or medical crews are at one fire, shooting, or accident, they may not be able to coordinate their activities, which could cost time, money, or lives.

The ability of first responders to communicate is crucial. So the value of the new Erie County 911 system in providing this service can't be overstated. It will allow responders to act faster and more efficiently. That will help save lives. But in the wake of Chairman Wheeler's call to action, it seems we may have buried the lede.

"By Jan. 1, we'll be accepting 911 texts," says Erie County Executive Kathy Dahlkemper. "National standards for photos and video are currently being developed. So in many ways, we in the northwest are ahead of the curve in Pennsylvania and also nationally."

"By Jan. 1, we'll be accepting 911 texts," says Erie County Executive Kathy Dahlkemper. "National standards for photos and video are currently being developed. So in many ways, we in the northwest are ahead of the curve in Pennsylvania and also nationally."

"Being one of the early adopters positions us in a great place," Dahlkemper believes. "We're a model for how this can go forward."

Transforming the nation's emergency ecosystem at the scale necessary to secure communities large and small is going to require regional leadership that is unified, informed, and forward thinking. It's encouraging to know that Erie leads the pack.