Erie at Large: Our War on Guns

City leaders are searching for solutions to gun violence in Erie 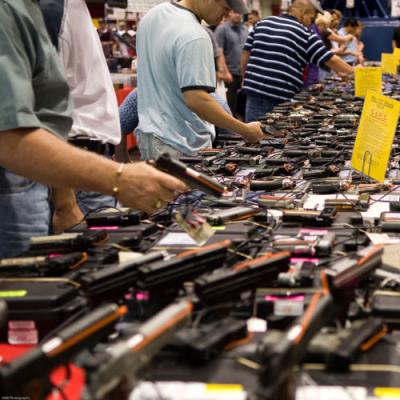 Gun violence is a national problem. Erie's just a bit late to the game. Now that it's reached, what some might refer to as "epidemic proportions," city leaders are searching for solutions.

Recently the Erie County Gaming Revenue Authority (ECGRA) – a stalwart community partner, to be sure – announced that it planned to conduct a study to determine the validity of working with law enforcement and providing pilot funding for a gun buyback program. The authority administers grants to local businesses as well as governmental and nongovernmental agencies with funds from gaming revenues at Presque Isle Downs and Casino. ECGRA is purposeful in its intent and it should play a role in cultivating and curating resources as part of the community's broader strategy to address gun violence. But it should not expend valuable resources on evaluating the merits of a gun buyback.

A 1998 study by the National Institute of Justice concluded, "gun buyback programs without geographic limitations on the eligibility of those providing guns for money fails to reduce gun violence in cities." This assessment is the result of a phenomenon in which non-criminals become the primary participants in such programs. Middle-class, law-abiding citizens trade in old or rarely used guns for money, which is sometimes used to buy new guns.

This was the case in 1994 when the City of Erie conducted a gun buyback program that spent $30,000 to net 649 handguns. Some program participants, according to the Erie Times-News, admitted they would use the money received to buy a new weapon.

A 1992 study of gun buybacks in Seattle found that women and people over age 65 were more likely than men or those ages 18 to 21 to participate in the program. A crucial finding in the Seattle study was that citizens who didn't own guns were more likely than gun owners to believe that the program, which collected more than 1,700 guns, would reduce the number of guns on Seattle streets and decrease crimes connected with handguns. By the way, the 1,700 guns collected represented less than 1 percent of guns known to be in Seattle households.

Massive gun buybacks in St. Louis at the pinnacle of an outbreak of gun violence in the early 1990s, which brought in nearly 10,000 guns in a four-year period, resulted in zero impact on violent crime during the same period.

Why do we look so far in the past for answers to a current problem, you may be asking? Because funding for the kind of research referenced above and that which sheds light on the relationship between gun ownership, gun regulations, and gun violence has been markedly reduced and in some cases eliminated from federal budgets during the past 20 years as a result of lobbying efforts by the NRA and gun manufacturers in this country.

While there is little empirical evidence of crime reduction, gun buyback programs have enjoyed a great deal of anecdotal success. Gun buybacks are great public-relations events. Members of the law-abiding community see people trading guns for cash and feel like progress is being made; people who worried that their homes might be robbed for their guns attain some level of personal comfort; and, in communities like Los Angeles and St. Louis, where conflict between the police and the community is historically the norm, gun buybacks provide an opportunity to establish a modicum of rapport between those who enforce the law and those attempting to violate it.

The 2003 small-arms survey conducted by the United Nations Office on Drugs and Crime estimated that there were 88 firearms for every 100 people in the United States. Gun advocates who claim that access to guns keeps communities safe have lost traction. Seventy-six percent of homicides in the Americas are the result of gun violence. In Europe, only 21 percent of homicides are by the gun.

In the United States today, violent gun crime is most likely to take place in communities marked by concentrated poverty, hypersegregation, family disruption – from divorce, parental absenteeism, death or imprisonment – and high gun density. It's a recipe for persistent violence that is all too familiar to the parts of Erie from which gun violence emanates.

Many cities that attempted gun buyback programs in the 1990s eventually turned toward more comprehensive strategies that included addressing the plaguing conditions mentioned above.

In Boston, Operation Ceasefire incorporated three elements – an emphasis on gun trafficking, an interagency response to gang violence, and a communications campaign aimed at reaching people who were not the target of law enforcement – in an attempt to curb youth gun violence, in particular. Operation Ceasefire yielded a 63 percent decrease in youth homicides, a 32 percent decrease in shots-fired calls to police, and a 25 percent decline in gun assaults regardless of age.

In Pittsburgh, a gun bounty program allowed anonymous callers to be given a unique ID number when they called police to report an illegal gun possession. If the police retrieved an illegal firearm as the result of an anonymous call, a $100 bounty was registered under the callers ID number for pickup at a later date and time.

And in St. Louis a firearm suppression program (FSP) that included traced serial numbers of confiscated firearms, regular reviews of sheriff's records to track "straw purchases" – buying a gun for someone who is prohibited by law from possessing one or for someone who does not want his or her name associated with the transaction – and the implementation of "consent searches," in which parents gave police consent to search their children's belongings with no threat of prosecution to the parents and interventions offered to the juveniles if illegal weapons were found, as means to decrease juvenile crime.

Each of these communities, and dozens of others, abandoned gun buyback programs in favor of more targeted strategies to address rampant gun violence. Erie can relish in the fact that it's taken a decade and a half for us to experience the problems that larger cities faced in the 1980s and 1990s, but it can't afford to wait another decade or two to find a successful resolution to such violence, and it can't afford to put cash in the hands of law-abiding citizens while teenagers shoot each other with illegally trafficked handguns. Gun buyback programs were a public relations solution to a very concrete problem and, as we now know, gun buybacks were little more than political theater.

Active policing and civic leadership that does not waiver when faced with the emotional whims of a fearful community are only the starting points of progressive change to end gun violence. Otherwise, Erie will continue to live by the gun, each gun, for more than just a few dollars a shot.