Erie At Large: Talk is Cheap, or is it?

When it comes to the state of our union, talk is cheap. Or is it? 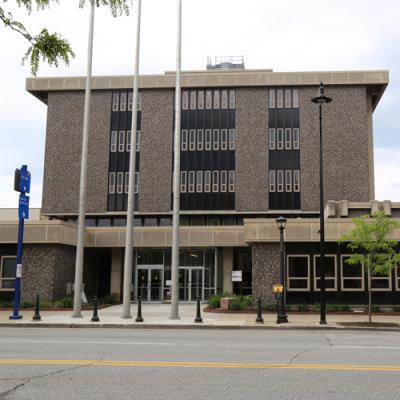 President Barack Obama's final State of the Union Address validated the beliefs of both his greatest critics and those who laud his every action. For his critics, it outlined the first six chapters of Obama's presidential memoir: 1. Lie 2. Lie 3. Lie 4. Deny 5. Deny 6. Deny. For his supporters, it was a long-awaited response to the Republican chicanery that has blocked the presidential agenda as well as that of his party.

As Slate's Mike Pesca pointed out in his post-SOTU "Spiel," the full range of President Obama's communication skills were on display confirming that the 44th president may well be the great communicator. He delivered a smart, sardonic, and assertive assessment of the nation's numerous assets and the challenges it faces.

Pesca surmised that despite his many strengths, the presidential paradox created in the SOTU was that his rebuttal to the Republican party and, in particular, its presidential hopefuls – eloquent and witty as it was – also highlighted the fact that as the leader of the free world Obama could arguably be the worst communicator to hold the oval office. Why, if the country is so strong, if the economy is so robust, has he not told us sooner? Why, if the country is so safe, and our nation so revered, has he allowed the Republican party to hijack his message? What silenced the great communicator?

The answer is simple: Nothing.

This president has spoken to the press and the American people more and at greater length than any president in American history. According to the American Presidency Project at the University of California, Santa Barbara, the average length of an Obama State of the Union Address is just over 6,800 words. Bill Clinton, who averaged just over 7,400 words per SOTU, was the only president in the modern era to be more communicative than Obama in this venue.

Obama also racked up more screen time than Ronald Reagan, according to a review of media appearances by the Washington Free Beacon. That's a coup considering the Gipper spent more than five decades B-listing his way onto screens large and small.

But what's it all mean? Apparently nothing. All the words in all the world from one of the most eloquent executive office holders can't seem to generate enough traction for the American people to see that economic growth, advances in renewable energy sources, and historic decisions by the Supreme Court upholding marriage equality and the Affordable Care Act seem to mean little against the confluence of noise created by those with only pessimistic views of the state of our union and its future.

This sentiment resonated ever more sharply because it's not dissimilar to the communicative ills that Erie has faced over the past decade. Although, like most communities our size, we've never had politicians whose charisma begs for them to be placed in the media spotlight, we could stand to hear more good news from our elected officials and the candidates who aspire to unseat them.

Mayor Sinnott has long been regarded as a someone who eschews the value of reaching people through the media. Shy, humble, or otherwise, that posture has probably not helped the sense of dread that seems to plague his community in the wake of violence, drug abuse, and looming joblessness.

It could be that it's simply easier to say nothing at all than to take a side, positive, negative, or indifferent. It's harder to lead a parade of positivity in difficult times.

It could be that the positive message is less resonant than its negative juxtaposition and summarily dismissed as naive or uninformed because the negativity reinforces the fear and anxiety fomented by everyday problems. In short, negativity becomes a self-fulfilling prophecy.

Or it could be that it's simply easier to say nothing at all than to take a side, positive, negative, or indifferent. It's harder to lead a parade of positivity in difficult times.

The presidential race that precedes the election of Erie's next mayor should serve as a cautionary tale for the cadre of hopefuls who covet that office. If their campaigns are fraught with doomsaying and naysaying, it will set the tone for a tumultuous term in office.

If the campaign is forward-thinking and forthright, it will be easier to relay the good news on the horizon.

You don't have to take my word for it. The president's been saying it for years.