Amid the dark cloud of education funding that looms over Erie's Public Schools, there may be a silver lining. 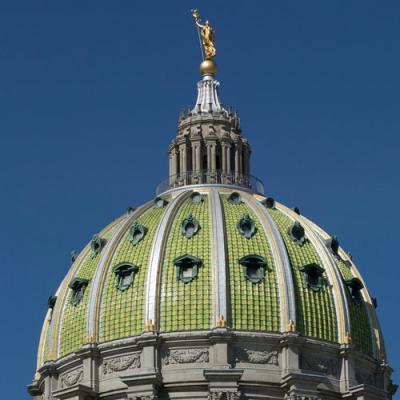 Amid the dark cloud of education funding that looms over Erie's Public Schools, there may be a silver lining. By actively engaging in the legislative budget process, the students who take to the halls and sit in the classrooms of city schools each day have received the best civics education public money can buy.

There are 47 academic standards developed by the Pennsylvania Department of Education for eighth grade civics and government. Most standards concern systems of government and their (dys)function. However, others relate explicitly to the civic engagement of an informed citizenry.

Meeting grade level objectives regarding civic engagement is a difficult task in most classrooms. Students read about engaging the political process; they learn about the rights and responsibilities of citizenship; and they come to understand what makes competent and responsible citizens. But their activities are routinely passive. And everything they typically learn about political leadership and public service can be boiled down to idealized half-truths that don't reflect the realities of partisan politics in a constitutional republic.

Students returned to school last August still reeling from the late-July shootout on Erie's upper west side that took the lives of Shakur Franklin and Elijah Jackson, both age 16. The photograph of several school-aged youth huddled around a residential stoop holding each other, holding themselves, trying to digest what had happened and what would happen next became an illustration of the impact that guns and violence have on Erie's youth. "Education is the key to prevent this type of violence in the future," the mantra began. "We need to take care of our students and to do that we need to fund our schools." It became the most consistent talking point across local media outlets, including Erie Reader. By the first day of school, students were prepared to address Educational Standard 5.3.C.H: Evaluate the role of mass media in setting public agenda and influencing political life.

As winter set in, public school students faced a different threat. They endured the wind and winter elements blowing into their classrooms through poorly sealed windows; they danced around buckets – in some cases dozens of buckets in a single classroom – placed to collect ice and snow melt that seeped through an aged and failing roof; and daily, they walked past or sat amid the crumbling plaster walls in gymnasiums, cafeterias, and auditoriums. These problems might have been addressed if not for the failure of the state legislature to pass a timely budget that would continue to "hold harmless" Pennsylvania's schools even as it underfunded districts across the Commonwealth.

Nevertheless, in June, Rep. Mike Kelly (R-Pa.) visited several Erie schools as the photo of the day to promote the expansion of a bill that would facilitate public-private partnerships to restore crumbling public infrastructure. Kelly's proposal would allow government entities to leverage their futures on low-cost debt. We can stop short of calling it a "relief" package, but as Erie School District Superintendent Jay Badams told the Erie Times-News, he's "supportive of anything that will help us to find a way to provide equitable school buildings." Kelly's visit and the byproduct of the student's own experience brought them closer to meeting Educational Standards 5.3.8.I: Describe various types of projects and services provided through local, state, and national taxes.

Repeatedly, Erie's Public Schools students faced the unfortunate reality of being made pawns in a game of political chess between district administration and the state legislature. Throughout the school year, students wondered if they would return to the same school next year or if the doors would be permanently locked behind them when they left for summer break. Badams has shined a light many times on elementary and middle school students who made crafts and circulated petitions, doing their part to make sure that didn't happen.

Finally, on June 7, more than 100 students, parents, and teachers loaded onto two busses sponsored by local businessman Dale McBrier. They headed to Harrisburg to raise awareness about the inequity in school funding across the Commonwealth and to ask the legislature to fund public schools based on the model created by a bipartisan commission last year. Inside the Capitol rotunda, Badams and members of the Erie legislative delegation took to the mic as an opening act for the stars of the day: the students and alumni of Erie's Public Schools. This was the most recent in a series of rallies this year that modeled for students participatory democratic values and exemplified Educational Standard 5.1.8.F: Analyze how political symbols are used by the media and leaders to influence public opinion.

Say what you will about the state of public education, but these kids learned more about the nature of American bureaucracy than those who attend the most well funded schools in Pennsylvania.

Say what you will about the state of public education, but these kids learned more about the nature of American bureaucracy than those who attend the most well funded schools in Pennsylvania.

I'd wager that there are sixth graders in Erie's Public Schools who know more about fair funding for education than many elected officials in Harrisburg; and if the community can harness the knowledge gained and the experience shared this year among so many of its youth, the future of Erie will be in good hands. In this way, Erie's public school students have more than mastered Educational Standard 5.2.C.D: Demonstrate what makes competent and responsible citizens.