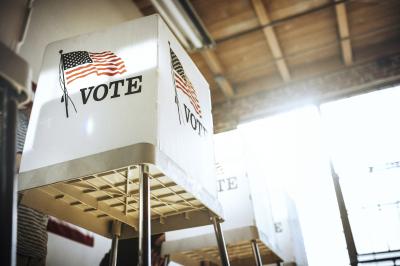 For many people, it felt like there would never be an election more consequential than the 2020 presidential election. And after treasonous Trump-supporting insurrectionists stormed the Capitol on Jan. 6 in an attempt to stop the counting of the electoral college votes, the final step in affirming the national vote for the presidency of the United States, during which more than 100 police officers were injured, our glimpse of the anti-democratic future envisioned by the Trump base of the Republican Party should give us more than enough reason to stay engaged in electoral politics. The nation depends on it.

One could argue that the seeds of that insurrection were sown in Northwest Pennsylvania, where a smarmy Republican congressman filed baseless lawsuits in state and federal courts and our Republican state senator signed on to a brief attempting to influence the decision of the United States Supreme Court in attempts to overturn the results of last year's election.

Both of these Republican standard-bearers now support Republican candidates for county and statewide offices who share their values and who oppose much of the progress that's been made locally over the past decade. Rooted in ideological xenophobia, anti-intellectualism, and paranoid conspiracy theories, Republican candidates on the ballot this year are more unfit for duty than their party's nominees of the past.

This November, we have the opportunity to elect leaders in county government who will chart a course made possible by the informed decision-making of their predecessors and federal investment in our community and in communities like ours all across the country. We'll also elect judges to our statewide appellate courts, which affect the daily lives of people across the Commonwealth but often remain underappreciated and unrecognized for the power they actually wield.

Voters should take heed, just as they did last year when democracy and the future of government were on the ballot. The choices for voters are clear and the stakes remain high.

Thankfully, candidates up and down the ballot with professional and personal experience in county government and courtrooms across Pennsylvania made the decision to run for the Democratic Party's nomination, giving voters a sound alternative to dark and dangerous trendsetters emanating from the modern Republican Party.

With your help, Tyler Titus will be the next Erie County Executive. Titus is the only County Executive candidate with experience in elected office and experience working in county government. A married parent of three kids, a small business owner, and licensed mental health professional with more than eight years working for the County's Office of Children and Youth, Titus has the experience to keep Erie moving forward.

As someone who was raised in rural poverty in Titusville, Pa., and a therapist for children who were placed in the foster care system, Titus recognizes that a profitable future for Erie County means that county government must make the most of the opportunities before us to create and sustain infrastructure that supports our business communities as well as neighborhoods and families.

In the race for Erie County Sheriff, Captain Chris Campanelli brings more than 25 years of experience and leadership in the Erie County Sheriff's Office. He's endorsed by the retiring sheriff, John Loomis, who promoted Campanelli to captain of his squad five years ago. In addition to his professional experience, Campanelli is a veteran of the United States Marine Corps.

One of the least understood offices in local government is the County's Clerk of Records, who oversees the clerk of courts, maintaining records for the criminal courts; the prothonotary, which processes and maintains civil court records; the recorder of deeds, which records and indexes documents relating to real estate; and the register of wills, which maintains records relating to estates. As the retiring Clerk of Records, Ken Gamble, will tell you on any given day, it's a job that requires a great deal of organization and experience. That's why he's endorsed Aubrey Haggerty-Hanes, who currently serves as the office's first deputy clerk of courts, and oversees criminal records at the Erie County Courthouse, after more than 22 years in county government.

There are seats open on each of Pennsylvania's three appellate courts. This November, we'll elect a new Superior Court judge, two new members of the Commonwealth Court, and a new justice of the Supreme Court.

In this year's appellate court contests, only the Democratic slate is composed in its entirety of sitting judges who are either recommended or highly recommended by the Pennsylvania Bar Association. The Republican ticket includes lawyers with little or no experience on the bench and one that was denied a recommendation by the Pennsylvania Bar Association, which evaluates judicial candidates and offers recommendations for the retention of sitting judges and justices when their terms near expiration every 10 years.

The Superior Court is composed of 15 judges who hear appeals in criminal and most civil cases. Republicans currently hold an 8-7 majority on the Superior Court. Democrats hope to change that balance this year by electing Judge Timika Lane, a judge of the Philadelphia Court of Common Pleas where she is the sole judge handling human trafficking cases in Philadelphia County. Judge Lane was first elected to the bench in 2013 after a successful career as a law clerk and a child advocate attorney. She is recommended by the Pennsylvania Bar Association.

The nine-member Commonwealth Court hears cases related to state and local government, including those related to gerrymandering and last year's baseless claims of election fraud. Following the 2020 election the Pennsylvania Commonwealth Court, where Republicans enjoy a 7-2 majority, was the only court in the nation to rule in favor of the Trump campaign. That decision was overturned by the Pennsylvania Supreme Court and went unrecognized by the United States Supreme Court.

Democrats hope to trim the ideological grasp of the Republican-heavy court this year by electing Judge David Spurgeon and Judge Lori Dumas, judges on the Court of Common Pleas in Allegheny and Philadelphia counties, respectively. Based on the merits of these accomplished jurists, voters should have an easy choice to make.

One Republican candidate and one sitting Republican on the Commonwealth Court were not recommended by the Pennsylvania Bar Association for retention or election, citing lack of experience and lack of commitment for the organization's vote of not recommended.

For his part, Spurgeon has spent the past five years hearing cases that involve children and families in Allegheny County. Prior to that, he spent 19 years in the Allegheny County District Attorney's office, where he became a national expert in domestic violence law. Judge Spurgeon also currently serves as an adjunct law professor at Duquesne University in Pittsburgh. He is highly recommended by the Pennsylvania Bar Association.

Judge Lori Dumas brings more than 18 years experience on the bench in Philadelphia to the Commonwealth Court race. Like Spurgeon, Dumas also served in the family court division for the majority of her career but has also heard cases in the criminal and civil divisions. Judge Dumas is a graduate of the Fels Institute of Government at the University of Pennsylvania and is also a Georgetown Fellow, specializing in systems that serve crossover youth (those dually involved in the child welfare and juvenile justice systems). Judge Dumas has also taught legal courses at several Philadelphia-area institutions.

The seven-member Supreme Court hears appeals from the decisions of the Superior and Commonwealth Courts. Judge Maria McLaughlin, who currently sits on the Superior Court, brings 19 years of experience as ​​an Assistant District Attorney in Philadelphia, the Chief of the Child Support Enforcement Unit, and later a judge on the Philadelphia Court of Common Pleas in the Family Division. Judge McLaughlin appears often as an instructor and/or guest speaker on a variety of topics for the Pennsylvania Bar Association, Pennsylvania Bar Institute, local bar associations around Pennsylvania, and universities and law schools throughout the Commonwealth. She is highly recommended by the Pennsylvania Bar Association.

Each of these judges brings to the campaign trail their legal experience as well as their personal stories. Each of them came to the bench from humble beginnings in working-class families. The struggles and adversity they faced on their successful paths is apparent in their placement among some of the most sensitive and challenging divisions of the Court of Common Pleas in their respective counties.

This year, Democrats have nominated candidates with professional achievement and personal experiences that engender empathy and a worldview that will chart a path forward for Erieites and Pennsylvanians across the Commonwealth. The folks across the aisle can't claim such a distinction. By and large, the Republicans who will appear on the ballot this year are universally anti-government rather than pro-solution.

At this critical time in our county and in our country, we can not validate that brand of politics that used to lurk only in the shadows of the Republican Party but has now become mainstream. The stakes have never been greater and the choice for voters has never been more clear.

Jim Wertz is a contributing editor and chairman of the Erie County Democratic Party. He can be reached at jWertz@ErieReader.com and you can follow him on Twitter @jim_wertz. Register to vote or apply for a mail-in ballot at VotesPA.com.