Erie At Large: When the circus comes to town

As the circus rolls into our town, be mindful of separating the showmen from the clowns. 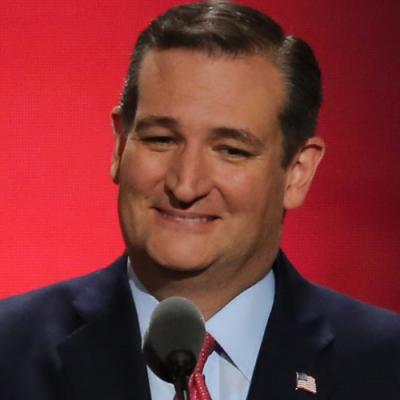 When the circus came to nearby Cleveland, Ohio to celebrate the midsummer bromance between the Republican establishment and the party's nominee, it carried with it the enthusiasm of an arranged marriage in which the Republican Party was offered to the richest man in the village, the dowry paid in delegates.

You'd imagine that an event of this magnitude would attract a crowd. And it did. But beyond the supporters of the nominee and the defenders of the establishment, who were compelled to legitimize the democratic process for the future good of their party, the energy in the streets – and at times within Quicken Loans Arena – was no more perceptible than it would be after a Lebron-less Cavs game on the back end of a mid-season losing streak.

I expected to be pushed to the nether regions of the city, where I would be corralled onto one of many busses waiting to shuttle throngs of outsiders unable to park or reside near the RNC security perimeter. But instead, I found myself driving past open parking garages and empty parking lots, progressively closer to the geographic heart of the Republican Party this election season.

Once inside Cleveland's theater district, just a few blocks from the metaphorical big top, I parked in one of hundreds of open spaces inside a private lot across the street from the State Theatre.

"I've parked 15 to 20 cars a day this week," the lot attendant responded, when I asked about the pace of what was expected to be this summer's premiere event in the rock n' roll capital of the Midwest. "For a busy night at the theater," he offered in contrast, "we usually park more than 200 cars."

Most of the traffic he'd parked during convention week was federal security vehicles, as illustrated by the Franklin Mint-style commemorative coins he's received as tips: an RNC in CLE coin in gold, a Trump/Pence coin fittingly bronzed, and a silver Secret Service coin – a real prize among parking lot attendants, he shared, and worthy of free drinks among the right local bar crowd.

Even the protest scene was mediocre. If not for the ladies of Code Pink – seen nightly in prime time being escorted out of the arena by security as young Republicans waved American flags at them while spewing patriotic vitriol – the radical Left would have been shamed for the lack of coordinated efforts outside the security perimeter. Perhaps they felt that this convention would not hear them anyway, so why bother? Or perhaps there was sufficient infighting within the Republican Party that the spirit of self-destruction outweighed the Left's desire to dismantle its ideological foe? Whatever the reason, the streets remained quiet, day and night.

Much of the apathy from both the Left and the Right can be attributed to the resigned commitment most delegates felt for their nominee. It didn't help that the governor of the host state refused to participate in the festivities. "John Kasich is a man of his convictions," said Sandra Barber, the longtime Republican chairwoman of Fulton County, Ohio. "He's a great governor and we wish he would have been our candidate," she lamented. "He wasn't. Now I just hope he'll come around."

Barber hoped that Kasich would do like they all had done: soul-searched for the unity of the party to stand behind Donald Trump. But she understood his reticence. Most of the delegates understood Kasich's objection to the party of Trump. While a disaffected majority of Republican voters had cast their ballot for the man, those who cared about having a party post-Trump would have preferred a different nominee.

Trump is appealing to the base instincts of the disillusioned, but he's demonstrated no evidence of his ability to govern.

That sentiment was the not-so-subtle backbone of the convention speech delivered by Ted Cruz on the third night of the RNC.

Cruz was the most likely alternative to Donald Trump. Many of the delegates in Cleveland were committed to Cruz and swallowed hard as they cast a compelled vote for Trump. At the moment he arrived on stage, the RNC was at peak energy, peak enthusiasm. The loyalists hung on to his every word, from the ahistorical contrivances that place the modern Republican Party alongside the spirit of Ida Wells and Martin Luther King, Jr., to the feigned appreciation for the New York delegation that held as much love for Cruz as they did for Hillary Clinton. In every pause they waited for the endorsement of Donald Trump by Ted Cruz to validate their actions – the votes they cast in quiet protest. And when the endorsement did not come, the audience of diehard Republican activists made him feel like he didn't belong there anymore. He proved he wasn't with them, and to that crowd it seemed that perhaps he had never been with them. Their sacrifice, it seemed, was in vain.

In many ways, Cruz offered the most substantive speech of the convention. His off-script call to "vote your conscience" at all levels of government was a message that the entire country needed to hear, albeit from an unlikely source at the most inopportune of times.

In many ways, Cruz offered the most substantive speech of the convention. His off-script call to "vote your conscience" at all levels of government was a message that the entire country needed to hear, albeit from an unlikely source at the most inopportune of times.

In making his call to action, Cruz stood against the party that had allowed him to flourish and rise politically despite his reputation on Capitol Hill as one of the most unlikable people in the U.S. Senate.

There, too, is a lesson.

In Erie, 100 miles from the site of the RNC and now fewer than 100 days to the general election, our community must begin to look past 2016. Our biggest race is yet to come. For all that's at stake in this federal election cycle, there's much more to be won or lost here in Erie County, and in particular in the city of Erie, next spring.

The city of Erie mayoral race alone is expected to be populated by at least 10 candidates. Traditionally, this race is dominated by Democrats and therefore it's decided in the Democratic primary, cutting the electoral process in half and making for an eventful spring. But our mayoral races have also been subject to the zealous oversight of the local Democratic Party, a vestige of historical party machinery.

Like the national Republican Party that fought through this convention season, attempting to rewrite its narrative, embrace its nominee, and institute a platform that will have longevity after the wounds of its anti-establishment civil war have healed, the Erie Democratic Party will have to face some serious questions in the months ahead.

Will we vote for candidates who represent the old political order – the one which, in many ways, brought us to where we are today? Will we search for outsiders to renew the spirit of the city and the region? Will we become a city and a party of ideas and innovation? Or will we be an electorate that gives way to the fears of what we don't understand and the demagogues who reinforce that misunderstanding?

These are big questions at a critical moment for the city and the region. So as the circus rolls into our town, be mindful of separating the showmen from the clowns. Otherwise, you may end up with some ringmaster who asks you to "vote your conscience" in the hopes that there is something left to salvage when the elephants leave town.