How the American Jobs Plan will lay the foundation 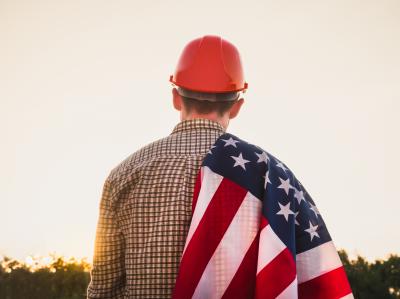 svetlana
President Joe Biden's proposed American Jobs Plan will specifically target infrastructure, and will address much more than just road and bridge repair. Things like access to lead-free water and broadband internet are not a given for all Americans, especially those in the lowest income brackets.

President Joe Biden pledged that he would be the White House partner that communities like Erie need to build an inclusive 21st-century economy. His proposed American Jobs Plan will make a substantial downpayment on that promise if Congress passes it. Erie is a vibrant, talented city that was once an economic magnet for people from across the region and, indeed, the world. Today, too many Erieites are forced to look elsewhere for opportunity. Some of those who cannot or do not want to leave struggle to find decent, family-sustaining work. In recent years, local leaders have stepped up to lay the groundwork for urgently-needed progress. The American Jobs Plan will make forward-looking investments at the scale needed to realize their vision.

It is necessary to examine whether any major national investment plan will benefit people on the ground in Erie. Will such a plan create jobs in communities like Erie? If so, will they be jobs readily available to current Erie residents? The evidence strongly suggests that the American Jobs Plan is a good fit for our local needs. As of 2019, more than 70 percent of Erie County residents did not have a bachelor's degree or higher level of educational attainment. According to a recent study from Georgetown University's Center on Education and the Workforce, fully 75 percent of the jobs created by President Biden's infrastructure bill will not require an associate's or bachelor's degree, and 53 percent will require no formal or vocational education beyond a high school diploma. What's more, researchers predict that the plan will create more than half a million jobs in Pennsylvania alone.

Infrastructure is not just roads and bridges. Bringing broadband internet to every American is just as important to education and economic development as electrification was a century ago. Though most Erieites north of I-90 have access to broadband, just 25 percent of the southern, rural part of the county was covered as of 2020. The American Jobs Plan will invest $100 billion to make broadband access universal and affordable.

The continued presence of lead in our water supply is a moral disaster that disproportionately affects lower-income Erieites, especially people of color. As Erie City Council candidate Kendrick Tate recently noted, a 2016 Reuters special report found that up to 40 percent of children in some city neighborhoods were exposed to elevated lead levels. President Biden's bill includes funding to replace 100 percent of America's remaining lead water pipes and service lines. The American Jobs Plan will help hire Erie residents to upgrade our water infrastructure and end the injustice of lead contamination.

There is no going back to the Erie of past generations. Even if we could revive the old economy, we should not want to. For all the Erieites who enjoyed good jobs and vibrant communities, many others were left out. The American Jobs Plan can help lay the foundation for a more prosperous, equitable, and inclusive Erie. The bill contains investments in jobs of the future, like producing green energy, modernizing power grids, and building technological infrastructure in public schools and community colleges. It also provides funds to reconnect neighborhoods that were separated by past infrastructure projects, and incentives to eliminate exclusionary zoning laws and promote new housing.

A new approach to urban planning will encourage economic development and make Erie more livable for all its residents. The American Jobs Plan can help fund such a transformation. Its provisions include $20 billion to fund local plans and improvements that will help make roads safer for cyclists and pedestrians. The bill also proposes $5 billion to transform former industrial sites into economic hubs. Such investments will encourage residents and visitors to stop, shop, dine, and spend more time in the community, benefiting both new businesses and the neighborhoods where they are located.

Erie's forward-looking leaders and activists have the vision for a community where workers of all education levels can find good-paying jobs building our region's economic future. What we need now is a substantial federal investment in that vision. Most congressional Republicans, including Erie's Rep. Mike Kelly, have already expressed skepticism toward President Biden's infrastructure bill, citing their opposition to higher taxes on major corporations. But the American Jobs Plan is well worth the cost of higher taxes on the wealthy. Erieites should call on Congress to support communities like ours by passing this plan.

Andrew Dolan is an Erie native and international trade specialist. His writings have appeared in the Erie Times-News, and the Falls Church News-Press.