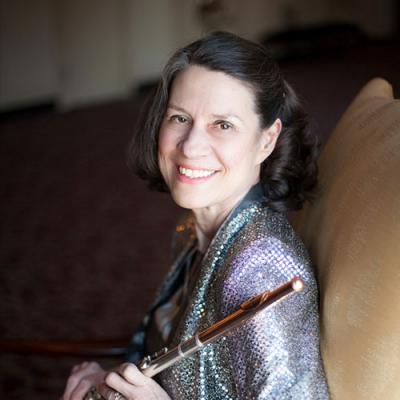 Summer is upon us, with the promise of warmer, longer, greener days. As one season begins, however, another ends — whether it's spring, or the 37th season of the Erie Chamber Orchestra.

The ECO will deliver its last performance of its 2014-15 season next weekend, and it will go out with a bang, with a lively, exciting evening featuring an eclectic range of pieces, spanning the classics to the contemporary.

The evening begins with Beethoven's "Egmont: Overture" before going into Melinda Wagner's "Concerto for flute, strings and percussion." This is the third time this season the ECO has performed a concerto from a living, American composer — and Wagner will be in attendance for it.

The ECO's performance of the Wagner concerto also features one of the most respected flautists in the world, Bonita Boyd, a professor at the Eastman School of Music and the musician who actually gave the premiere of Wagner's work, according to a preview video posted online by ECO's music director Matthew Kraemer (who will also be conducting the season finale).

Up next is Kodaly's "Dances of Marosszek (Marosszeki tancok)," with the evening rounded out by Antonín Dvořák's "Czech Suite, op. 398, D major (Ceska suita)." The Dvořák piece, Kraemer said, is "a brilliant way to close our season." (This writer stands in agreement, as nothing screams "Summer is here!" more than the Czech composer. But that may be because she is a nerd and Dvořák's "New World Symphony" has soundtracked many late summer nights in her newspaper office.)

If an evening of classical music sounds like the perfect, relaxing way to send spring packing, get to the Erie Chamber Orchestra's last performance of the season. Can't make it? It's okay – as Kraemer adds at the end of his video preview, "our new season is only three months away." — Sara Toth