Now until August 25, you can spend your Thursday nights at a local venue, listening to live music and supporting a worthy charity.

by Tracy Geibel
View ProfileFacebookTwitterRSS Feed
July 6, 2016 at 11:00 AM 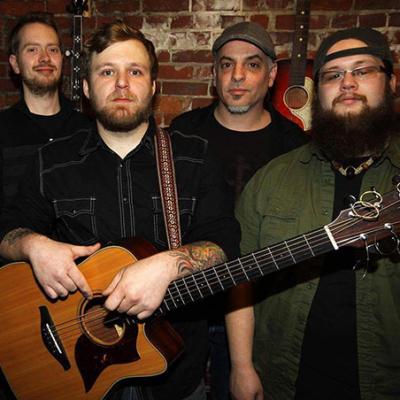 A good time for a good cause.

That's the idea behind the Erie Downtown Partnership's Block Party series. Now until August 25, you can spend your Thursday nights at a local venue, listening to live music and supporting a worthy charity.

On July 7, Smilo & the Ghost will perform with C. Cross and East Coast Turnaround at McCoy's Barrelhouse and Grill. Proceeds will benefit Boots on Ground.

Tyler Smilo, vocalist and guitarist from Smilo & the Ghost, was born in Texas, raised in Ohio, and lived a "vagabond's lifestyle" before finding a permanent home in Erie, where he became an important part of the music scene. He has two solo albums, Blood Into Sound and Dust in a Grave. He hopes his music will leave a "lasting impression" on everyone who listens.

East Coast Turnaround classifies its music as "trucker rock," considering its band members to be the fathers of the genre.

East Coast Turnaround classifies its music as "trucker rock," considering its band members to be the fathers of the genre. From Jeannette, Pennsylvania, the band enjoys music from the Highland Brothers Band, The Hawkeyes, and others.

Later this month, a party at Sluggers Bar and Grill will support Make-A-Wish, and another at Sherlock's Park Place and 28 North Gastropub will support Therapy Dogs United, Inc.

Block Party locations and entertainers vary each week, but they will be held Thursday nights until Aug. 25 from 6 to 10:30 p.m. – Tracy Geibel