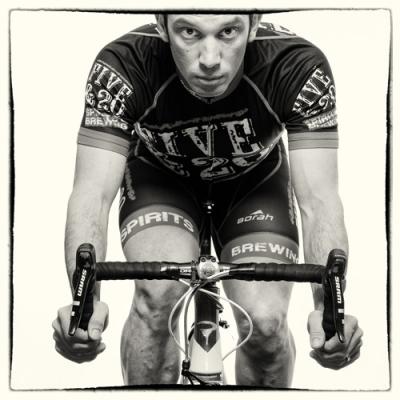 Ed Bernik: Tell me a bit about your background.

Mario Mazza: I grew up in North East, and attended Case Western in Cleveland for chemical engineering. The conversation came up when I was graduating from high school about coming back for the family business. And my dad said, "Hey – do what you want to do. If you want to come back, great. If not? That's okay, too. No pressure." So I pursued engineering because that's what I was really interested in. I got to see big corporate structure, and while the work was interesting, there was something alluring about our family business and having a hand in a little bit of everything. You change hats every day: One day you're business, the next you're on a forklift, the next you're in the vineyard – so I decided to switch gears. I ended up in Australia for winemaking.

MM: Australia had this allure. It pushed me out of my comfort zone, and it was a great opportunity to pursue cycling, since there was a velodrome nearby where I spent a lot of time. Most importantly, I met my wife down there, so we go back every year and visit family and a lot of close friends.

I ended up working in the wine industry in Australia, as well. My dad liked to say, "Go make mistakes with someone else's money first," which was pretty wise advice. I got some exposure to distillation, and had done it at DuPont as a chemical engineer. Then, my dad told me that New York had changed some laws, making it more conducive for small distilleries to start up. He'd gotten reinvigorated with me coming back.

About a month later, we were on the phone and he said, "So I bought some property in Chautauqua, and ordered a still from Germany." And I said, "Well, I guess we're going to do this." Only a few years in, it really started to grow. We were the fourth distillery in New York. There are 75 now. So the growth in 10 years has been monumental.

After we moved the facility to Westfield, we thought, "What's a few more tanks? We could brew beer. Why not?" And then New York started to allow licensing so you could have a brewery, winery, and distillery in one facility. And we're still the only one in New York.

EB: Its great to see this resurgence in craft beer brewing. In Europe you see many local pubs brewing their own beers.

MM: I love to travel, and exploring a place to me is also exploring the local food and the local drink. You don't go to Champagne, France, and not drink Champagne. It's sad that in the U.S. we think that we can go anywhere and eat at the same Applebee's. That's boring to me. I want to find out what's unique and different about a place.

That's what we're trying to do. Our wines speak of regional character because we use grapes grown in the region, our spirits are using New York-grown grains; 95-plus percent of the ingredients are grown in New York, a number of them on our own farm. And we're a farm brewery, which makes us different from just about every other brewery in our local footprint. Pennsylvania doesn't even have this sort of license, but we are required to use a certain amount of New York-grown grain and hops. It's challenging, but it's supporting the agriculture, and to me that's really important.

The reason I came back to North East and love that area is not because it's thousands of acres of suburbs. It's thousands of acres of beautiful vineyards, overlooking a really phenomenal landscape. And if you lose that, it doesn't come back. So I want to do anything I can to help provide a viable end product that ensures land stays in agriculture.

Maybe local people take it for granted a little bit. But when people come from out of town, they're amazed at how many vineyards we have. It's an important facet of the region.

EB: The first time I saw you was not at the winery, but riding your bike on Route 20, and I said "This guy really knows what he's doing." How did you get involved in cycling?

MM: In high school, I had an art teacher [Pat Fordyce] who was a phenomenal mountain biker. I bought a bike off of him and got into the mountain biking scene when I was in my mid-teens in the mid-90s, when Gary Fisher was still racing.

When I went away to college, I got into a little local racing, and found out that I was okay regionally. While working at DuPont, I lived in Delaware and was riding with a lot of groups on the road who told me about at a velodrome in Allentown. I loved it. And then I found out there was this velodrome 20 minutes from where I was going to live in Australia. So my move to Australia was in part motivated by cycling.

EB: So a velodrome is the banked wooden circular track that most would equate with the Olympics. There's not one in Erie that I know of.

MM: When I moved back, the closest velodrome was still Allentown. So I would drive down Friday mornings to race the Friday pro night, and then drive back Saturday. I pursued that because I had raced pretty seriously in Australia, went to nationals a couple of times, and got really plugged into it. Now I just ride regionally, and on the road.

EB: Is there a big pro-am biking contingency in Erie?

MM: There are a lot of riders in the area. It ebbs and flows, but there's a good core group, as well as in Buffalo, Cleveland, and Pittsburgh.

MM: [Ken Bestine] and I put on a small regional race in downtown Erie for a few years back in 2009, 2010, and 2011. We had some great sponsorship and support from the local community. We did it to benefit the Achievement Center, so all of the proceeds went to them.

The team I was affiliated with in Cleveland gave me a lot of insight into the sport and exposure to guys who've ridden the Tour de France and the Tour of California. But putting on events is really tricky. It's a tough circuit. There are guys who do that as full-time promoters. So Ken and I tried it for a few years and it worked out pretty well but it was really hard to make it click into anything bigger.

There are a couple of guys putting on local races right now, and I think they're doing a great job. I try to support them, if we can give them some product for prizes to encourage ridership, we're happy to do that. I'm happy to see someone else take the torch at this point.