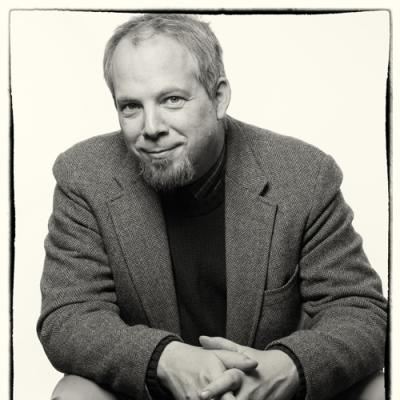 "Even though this world can be disappointing and horrifying and bitter and ugly, I do believe that, ultimately, hope will triumph."

Ed Bernik: Did you go to school for art?

G. Norman Lippert: I went to many schools for art [laughs]. But didn't graduate from any of them. We artsy types are lucky to work in a field where your degree matters less then your portfolio. I got my first job while in college and figured, "Why am I still here? If college is supposed to prepare you for a job and I already have one, why finish?"

I started as an illustrator, my favorite mediums being pencil and pen. I always wrote stories on the side but illustration was just easier to show someone than a story. A story is a commitment but an illustration is immediate. I approached computer animation reluctantly, thinking it was a bit of a sell-out to traditional illustration, but I fell in love with it.

GNL: I've always written but my graphic art was my emphasis. It wasn't until about 10 years ago that I realized that my drawings, my illustration, my computer animation — all of it was really in pursuit of telling a story. Turns out words are a much better way of doing that. So I finally began to take my writing more seriously.

EB: I looked on Amazon and saw you have five novels available. Do all of your novels have a central character? Or is each a stand-alone piece?

GNL: I'm embarrassed to admit the catalyst that really got my writing started, but also perversely proud of it: My first novel was fan fiction. When the Harry Potter series ended, my wife and I were bereft, so I picked up where the final book left off and ended up with a full length novel. My wife said it was good enough to share, so I built a website for it and it just exploded. It became such a big deal that J. K. Rowling's people were approached about it, Warner Bros. was approached. My first thought was "this is awesome," and my second thought was "I am in big, big trouble." Turns out they were all very encouraging, as long as I didn't attribute it to them. In the end, I wrote four James Potter books and, amazingly, they were read by millions of people worldwide. It was very, very encouraging but also a bit of a lead weight, because I didn't want people to read only my Potter stuff. I wanted them to take a chance on my original works. Fortunately a lot of them have, and so the fan fiction was a good gateway drug to my other works, so to speak.

As far as a main theme of my stories, if I had to put it simply, I'd say it's hope in the midst of the darkest dark. All my stories end on hope, but they visit some very dark places before they get there.

EB: I don't see you as a dark person.

GNL: That's funny. My wife can't read most of my books because they tread in such dark places.

Call it religion, call it faith that the story we're all in is worth living and reading. I have this idea that God is the ultimate storyteller and we're all characters and readers in that story. Every author makes an unspoken agreement with the reader. We say, "if you invest your time in this story, I'll make it worth it when you turn the last page." Even though this world can be disappointing and horrifying and bitter and ugly, I do believe that, ultimately, hope will triumph. The story will be worth it when we turn the last page. So if I can reflect a little of that into my readers' lives, then I feel I've done something worthwhile.

EB: I read someone made a film.

GNL: Years ago, a young reader contacted me for permission to use one of my James Potter novels to make a film. He has since gone on to film school and begun winning awards for his short films. His name is Kellen Gibbs. He is now using one of my recent works, The Freezing Season, for his first feature-length film. He's shown himself to be a real up-and-coming filmmaker and his latest works have been just stellar. I'm very excited about the possibilities.

EB: You're relatively new to Erie. What do you find interesting about the area?

GNL: Coming from St. Louis, we found that there is quite a lot of art and culture here, and it's just a lot more accessible. That's a very pleasant surprise. There are areas of real beauty, too. I get to ride my bike on Presque Isle. Waldameer is just delightful for me and the kids.

I will say that the people are some of the hardiest souls I've ever encountered. Also, coming from a larger city, there was a huge, huge divide politically and socioeconomically. Never the twain would meet. Here, everyone I meet – Republican, Democrat, conservative, liberal – they are all basically moderates compared to the extremes I knew before, and that is a very good thing. Political differences don't seem to cause the division, the segregation, that I've encountered elsewhere. That speaks highly of this area.

EB: That's a very interesting point. That accessibility to the socioeconomic divide is much more breachable.

GNL: People in a smaller community are more forced to rub shoulders with each other, to find ways to get along and deal with differences.